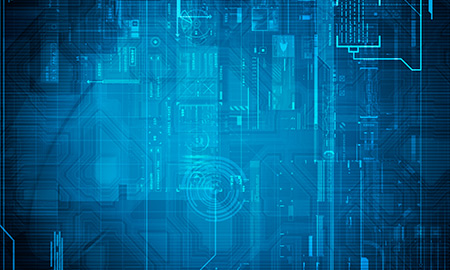 According to the U.S. Department of Energy, 218 billion barrels of bypassed oil remains in the continental U.S. states at depths of less than 5,000 feet.

GroundMetrics’ systems can see in between and far beyond wellbores, providing multi-mile resistivity imaging. The company’s systems have a depth capability of more than 10,000 feet and a lateral range of over 2 miles from the boreholes.

On conventional oil fields, GroundMetric’s technology measures electric field properties, determining whether fluid is conductive – which indicates water – or oil, which is resistive. Eiskamp compares it to taking an MRI.

“We can increase a company’s drilling rate success by enabling them to identify fluid types,” said Eiskamp. “We can also show them oil and water barriers and movement so they can get the most production. That’s how we compare and contrast with normal seismic.”

GroundMetrics’ technology has been successfully tested on five oil fields, and has received positive reviews from independent parties. Last year, Chevron Corp. outlined in a public presentation the benefits the technology would have on hydraulic fracturing, with returns of 5 to 20 percent by optimizing frac fluid pumping. This doesn’t include savings realized from drilling fewer wells, which is a major cost saver.

By using this technology, Eiskamp estimates the industry could realize savings of more than $20 billion per year.

Microseismic relies on acoustic measurements related to the earth breaking.

“The problem is that this can be misleading,” Eiskamp explained. “In some instances, the ground breaking might not be loud enough for sensors to hear it, and fluids can move without microseismic picking it up.”

Another problem is that microseismic might encounter natural fracture zones in the ground, but the ground stops breaking. So an operator could move into natural fractures without the ground breaking, and sensors wouldn’t pick up on it. A third way in which microseismic can be misleading is that, while fluid is pushing up against rocks to break it, those rocks in turn are putting pressure on other rocks, which can create a split or break far from where the fluid is located.

GroundMetrics instead measures the electric properties of the fluid, rathering than monitoring vibration. In comparison with microseismic, which requires a 20 square mile array over a field, GroundMetrics technology also requires a smaller surface array of less than one square mile.

Another method, tilt, is precise, but limited by the terrain and proximity to the wellbore. Tracer technology can confirm or refute commingling between wells, but doesn’t give information about conduit pathways, according to a company presentation.

The company proved in a case study that it can trace where fluid actually goes in a hydraulic fracturing operation, and compared those results from microseismic and tracers. In that study, GroundMetrics demonstrated the potential commercial benefits of its technology to minimize unproduced zones between wells and allow more oil to be produced. It can also reduce the amount of frac fluid needed and the number of wells drilled.

While the technology will not likely replace microseismic entirely – some companies are just used to it – Eiskamp said he doesn’t see a reason why it couldn’t be widely used. The technology’s cost is about the same as microseismic, delivering more value at the same cost.

“We actually measure fluid itself so we don’t have to infer where fluid went based on where ground is breaking,” said Eiskamp. “We don’t care about breaks.”

Development of the core technology on which GroundMetrics solution is based dates back to 2001, in what became a series of projects for the Defense Advanced Research Projects Agency, Department of Defense, and National Science Foundation. The new type of sensor that emerged from the research was developed by Quasar Federal Systems, a hard-core electromagnetic research and development shop for the U.S. government.

The sensors had been used in a number of applications, from high-altitude planes to navy buoys; underground navigation systems to surface systems; to head brainwave monitoring systems for unmanned aircraft. However, it was determined that the technology could make the greatest commercial impact on the oil and gas industry.

Work was underway on developing a sensor app for oil and gas when Saudi Aramco wanted to see a demonstration of the technology. Since Quasar Federal Systems couldn’t move fast enough, funds were raised and GroundMetrics was formed in 2010 to conduct the first trial with GroundMetrics’ customer Saudi Aramco. GroundMetrics then enhanced core sensor technology developed through government research with a wireless data measuring system and new high-powered transmitter technologies, as well as new ways to analyze data with advanced mathematics and algorithms.

The other inventions are a new method to use existing oil and natural gas wells to illuminate deep underground technologies which can reduce costs by more than $1 million per square mile compared with competitive systems, said Eiskamp. This method includes the use of a portable wireless 24-bit data recorder, a non-invasive top casing source, and a hybrid source control unit that also measures the source output with the highest achievable accuracy possible using current electronics. GroundMetric’s system also includes mathematically complex algorithms paired with a unique survey configuration to cancel false positives, which plague existing systems.

GroundMetrics technology is optimized for low frequency operation over the .1 Hz to 100 Hz band, with operation from .01 Hz to 500 Hz. The sensor system also is environmentally friendly, with no negative effect on crops, wildlife, livestock, and local infrastructure.

Eiskamp sees great potential for the company’s technology in today’s low oil price environment. The level of interest seen in GroundMetric’s technology a year ago versus today is like night and day, Eiskamp commented. At the dozen meetings that GroundMetrics set up with producers a year ago, they might get one or two people, then six, and then interest would wane.

“Nobody was willing to push it internally because they were so busy.”

Today, the company is putting together several pilots with producers with a fraction of the effort GroundMetrics had to put into the Encana job over a year ago. The need for efficiency is driving this surge in interest.

“Oil prices are pushing them in this direction,” said Eiskamp. “In an odd way, it’s tremendous timing for us.”