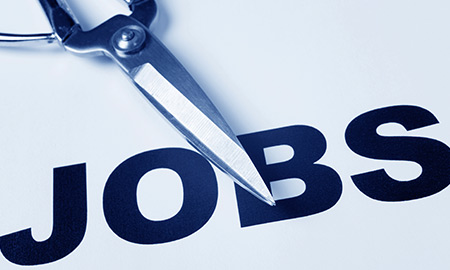 LONDON, March 26 (Reuters) - Royal Dutch Shell is planning further job cuts in its UK North Sea oil and gas business in 2015, the company said on Thursday, just a week after a package of tax cuts from the Treasury aimed at encouraging growth in the industry.

"Shell UK plans to reduce the number of staff and agency contractors who support the company's UK North Sea operations by at least 250 in 2015," Shell said in an emailed statement.

The reduction is in addition to 250 job losses announced in August, Shell said, and follows North Sea job cuts by BP, Talisman Sinopec, Chevron and ConocoPhillips.

Britain's North Sea oil and gas sector employs over 400,000 people and is worth about 5 billion pounds ($7.47 billion) a year to the state. But investment activity has stalled due to a combination of high costs, high taxes and falling oil prices.

Last week, Britain announced a raft of oil tax cuts and an investment allowance with the aim of stimulating investment and production, heeding calls for help from battered North Sea oil and gas companies battling high costs and the price slump.

While these measures were broadly welcomed by the industry, some participants expressed reservations about whether they were sufficient to make a material difference without a rebound in the oil price.

Paul Goodfellow, upstream vice president for the UK and Ireland at Shell, said that while reforms to the fiscal regime were a "step in the right direction", the industry needed to redouble its efforts to tackle costs and improve profitability if the North Sea was to continue to attract investment.

Shell also said that a decision had been made in principle to move to an "even time rota". As a result, a three weeks on, three weeks off shift pattern - as opposed to the more traditional two weeks on, two or three weeks off - will be put forward for consultation with the staff committee.

Trade unions Unite and GMB are already balloting their members working offshore to gauge appetite for strike action over changes to shift patterns, which have already been introduced by some operators.

"We think this cancer will spread throughout the North Sea," said John Taylor, regional industrial organiser at Unite. "We are totally opposed to the introduction of three on, three off."

The ballot will close on March 27. "We expect an overwhelming majority in favour of strike action," he said.

Randy  |  March 27, 2015
If the oil field workers in the North Sea want to strike over the 28/28 rotation, I know a lot of good ole boys in the US who would gladly jump at the change to work a schedule like that.
J.Muller  |  March 27, 2015
Pampered Brits. Oil Men. Everywhere in the REAL oil industry nowadays exept UK. Norway and Ireland and SCOTLAND , oil workers on a 12/12/ - 24 hour shift works 3 or 4 weeks on and 3 or 4 weeks off. Whats wrong with that. PAMPERED yes, I work internationally on offshore and sometimes one- shore rigs on a shift of 12 hours work and 12 hours rest. No days off during that periode. When off Tour at home any holiday in that off time is a day off normally. Maybe the scots get an idea that they are a special breed and deserve a better condition as any other offshore worker in the world. I have some bad news for them, soon they have to work 28/28 thats 28 days on the rig followed by 28 days at home as anywhere in the world.
RELATED COMPANIES
Company: Royal Dutch Shell plc more info