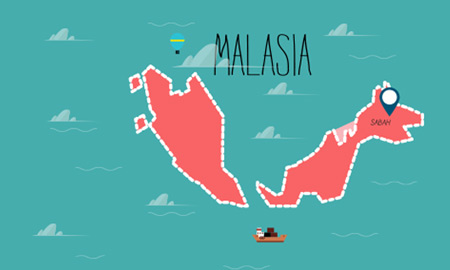 Santos and its Japanese and Malaysian partners hit oil in an exploration well in deepwater off Sabah in east Malaysia, and are planning to drill further to evaluate the find.

MELBOURNE, March 25 (Reuters) - Santos Ltd and its Japanese and Malaysian partners hit oil in an exploration well in deep water off Sabah in east Malaysia, and are planning to drill further to evaluate the find, the Australian company said on Wednesday.

"A significant oil discovery has recently been made at the Bestari-1 exploration well," Santos said in a filing to the Australian Stock Exchange.

Santos said the well hit 67 metres of high quality oil in depths ranging from 1,860 metres to 2,702 metres below the sea.

"While there is still a lot of work to be done in determining recoverable volumes, this is a large structural closure potentially capable of supporting significant column heights," Santos vice president John Anderson said in emailed comments.

The well was one of six Santos has scheduled in a $250 million exploration campaign this year, after cutting planned capital spending for 2015 by a fourth in December to help cope with a slump in oil prices.

Partners in the block are operator JX Nippon Oil and Energy Corp, Japan's Inpex Corp, Malaysian state oil firm Petronas and Santos, which bought its stake from the two Japanese partners in January.

Deepwater Block R, where the Bestari-1 well was drilled, is close to other oil discoveries, including the Kikeh oil field, which started producing in 2007, five years after it was discovered.