Schlumberger Sees Prudence As New Normal For US Shale Oil 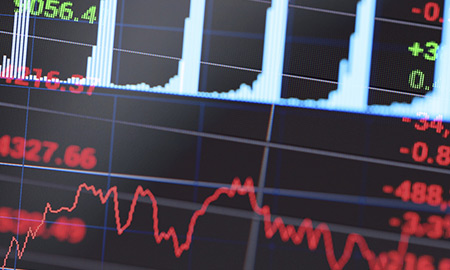 Schlumberger says it expects the oil and gas industry's spending internationally on exploration and production to drop by 10-15% in 2015.

March 23 (Reuters) - Prudence will be the new normal for the U.S. shale oil industry, which has quickly abandoned its heavy-spending ways in the face of sliding crude prices, Schlumberger Ltd, the world's No.1 oilfield services provider, said on Monday.

Spending cuts already announced by producers - to the tune of 25 to 60 percent - have dropped the rig count by 45 percent since late 2014, and output will soon decline or flatten out so prices can recover, Schlumberger's Chief Executive Paal Kibsgaard said.

U.S. oil prices have fallen by 50 percent since June to around $46 per barrel as Saudi Arabia and OPEC try to push higher cost producers out of the market. At the time of $100 oil, some U.S. highly-leveraged U.S. players were known for their intensive capex budgets. That may change forever.

"Going forward, we believe financial prudence, where investments are limited to the cash flow generated by production, will be the new normal for U.S. tight-oil developments," he said at the Scotia Howard Weil Energy conference in New Orleans.

Outside of North America, Schlumberger expects the oil and gas industry's international spending on exploration and production to drop by 10 to 15 percent in 2015, continuing a trend seen last year.

That means, he said, "the global oil market is clearly heading for a tightening ... in the second half of this year."

The rebalancing would come in part from less supply but also stronger demand in a market currently oversupplied by about 1 million barrels per day.

Schlumberger, which has seen its share price fall by about a third since July, would be positioned to take advantage of any uptick in demand for its range of oilfield services, from drilling to fracking, Kibsgaard said.

He emphasized that Schlumberger has been generating more free cashflow than its two main competitors, Halliburton Co and Baker Hughes Inc., which are in the process of merging.

But he also acknowledged that the industry is going through an rocky downturn.

"In the short term, activity visibility still remains limited as many of our customers are making drastic and sometimes unpredictable cuts to protect margins and cash flow," he said.