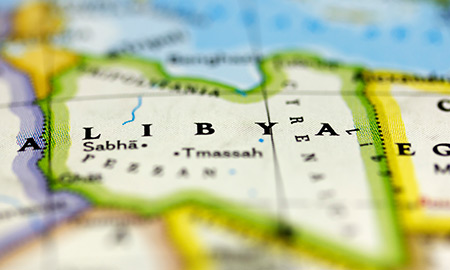 Fields in western Libya such as El Feel and El Sharara shut in November when gunmen attacked the latter, in a continuation of the turmoil gripping the North African nation four years after the ousting of leader Muammar Gaddafi.

NOC spokesman Mohamed El Harari said El Feel and Wafa had been working "for some time". NOC had previously said El Feel, operated by a joint venture owned by NOC and Italy's Eni , had been closed due to a pipeline blockage and power problems.

"Wafa and El Feel are working normally despite some stoppages due to power cuts," he said, declining to give a production figure.

An industry source said El Feel was pumping between 75,000 and 80,000 barrels per day (bpd) of crude, while Wafa was producing up to 30,000 bpd of oil condensates. Wafa also produces gas for local use and export to Italy.

El Sharara, part of a joint venture between NOC and Spain's Repsol, remained closed, Harari said. El Sharara and El Feel use the same power supply, which had broken down after the November attack.

Wafa and El Feel normally feed the port of Mellitah, near the Tunisian border. The port has been closed because of fighting between rival factions allied to Libya's two competing governments.

Three Aframax tankers, each capable of carrying around 700,000 barrels of oil, have left Mellitah since March 3, ship-tracking data showed.

Tankers in the past two weeks have been loading at the eastern ports of Zueitina and Hariga, which are controlled by forces loyal to the internationally recognised government.

The rival government in Tripoli has control of western ports through armed factions aligned with it.

The oil industry is in the middle of a power struggle as both governments have appointed officials to head the sector.

It warned it would take legal action against any attempt to sell Libyan oil outside official NOC channels. No more information was immediately available.

NOC has not published a national production figure, which oil insiders put at about 400,000 bpd, a fraction of the 1.6 million bpd peak Libya pumped before the 2011 uprising.