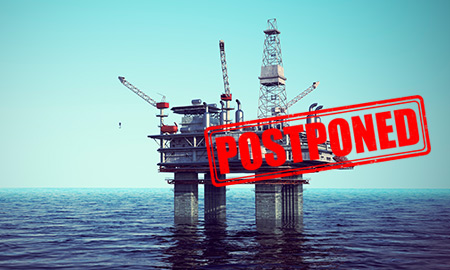 Cairn Energy reveals in its results statement for 2014 that an exploration/appraisal well planned near the Spanish Point discovery offshore Ireland will be deferred.

UK independent oil firm Cairn Energy revealed in a results statement Tuesday that a planned exploration/appraisal well near the Spanish Point discovery, offshore Ireland, has been deferred pending discussions with partners and the Irish government.

"This delay to drilling follows recent unforeseen changes to the make-up of the joint venture and the consequent delay to the securing of equipment and other necessary requirements.

"As stated previously, Providence's involvement in the well was subject not only to equipment availability, but also to either further financing or concluding a farm out with a third party company. Discussions with interested third parties in relation to Spanish Point continue and further announcements will be issued, as appropriate."

FEL 2/04 lies some 105 miles off the west coast of Ireland in the northern Porcupine Basin. Recoverable resources at Spanish Point have been estimated at between 100 million and 202 million barrels of oil equivalent. A 335-square mile 3D seismic survey was carried out on acreage adjacent to the Spanish Point discovery during the third quarter of 2014.

Elsewhere in Cairn's results statement, the company reported that it plans to start a program of at least three exploration and appraisal wells offshore Senegal in 2015 after success with its SNE-1 and FAN-1 wells last year.

The firm also said that its Catcher and Kraken developments in the UK North Sea remain on track for first oil in 2017, with peak net production to Cairn expected to reach 22,500 barrels of oil equivalent per day.

At the end of 2014, Cairn had net cash of $869 million on its balance sheet. It also has a seven-year reserve-based lending facility of up to $575 million, which remains undrawn.