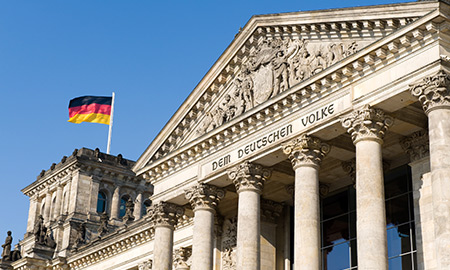 The environment ministry is preparing a legal framework to govern drilling and has promised strict environmental audits, which include a ban on drilling in water conservation areas.

A draft of the law seen by Reuters last November, however, suggested the government plans to stop short of an outright ban on fracking for gas. The law is due to be debated by the German cabinet by the end of March.

Gernot Kalkoffen, president of Germany's WEG oil and gas association, said the industry was skating "on ice" and the rules must create a reliable framework to guarantee gas production.

"It's high time for a decision," said Kalkoffen on Monday. "It's not just the value creation of an industry with 20,000 jobs on the line, but it's also a lot more about the question of how Germany will cover its energy needs in the future - with or without its own sources," he said.

The Ukraine crisis has stoked a debate about dependence on gas imports from Russia, which accounted for 37 percent of Germany's supply in 2014. Only 12 percent of its needs last year were covered by its own gas reserves, compared to almost a fifth a decade earlier.

But opposition to fracking remains strong due to fears of environmental damage and German authorities and policymakers have become reluctant to offer new exploration permits, even for conventional technologies.

The WEG said the proposals in the draft law would push up costs and exclude potential reserves in extensive prohibited zones. Plans to allow fracking only below a depth of 3,000 metres (3,300 yards) would exclude some conventional gas deposits, Kalkoffen added.

Moreover, restricting fracking may threaten German expertise in hard-to-exploit oil and gas, said Martin Bachmann, who is in charge of exploration and production at Wintershall, a unit of BASF.

"For German oil and gas companies, technology is a competitive advantage," he said. "You can't be credible in the world, though, with a technology if you can't show you are using it at home."