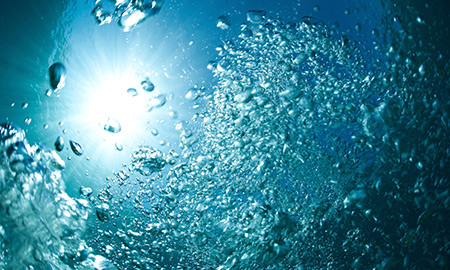 A water technology is demonstrating for oil and gas companies the potential for atmospheric water generation solutions in meeting water needs.

The amount of water vapor in the world’s atmosphere – with estimates ranging to as much as 90 trillion cubic meters of water – represents a significant untapped water source for industries such as oil and gas.

The installation is another move in Ambient’s immediate plan to supply a clean, renewable water source to the oil and gas industry. Ambient’s technology produces clean and fresh water for the agricultural industry as well as drinking water for homes, offices and communities, Ambient said in a Jan. 6 press statement. The company will monitor the amount of water generated under the atmospheric conditions at the facility, as well as the power consumed by the Ambient Water 400.


A third party engineering firm will verify all data and results, which will be used to develop the Ambient Water 20K system. The company plans to introduce Ambient Water 20K, which can produce over 20,000 gallons per day from a single unit. Ambient currently offers units with production capacity ranging from 5 gallon/per day models for homes and offices to over 400 gallons per day for commercial and community models.

The Spokane, Wash.-based company’s atmospheric water generation harvests water vapor from the atmosphere, the chills that water vapor to the “dew point”. The moisture then is condensed onto patented, stainless steel or specially coated coils, then channeled through advanced filtering chambers. This water can then be processed and cleaned for human consumption or sent off for commercial industrial applications.

The company currently manufactures at a factory in South Korea 5-gallon units that can sit on a countertop and produce water, and builds commercial units in Grand Rapids, Michigan. As the company looked for low hanging fruit in terms of business opportunities, the amount of water used in hydraulic fracturing and the controversy that surrounds the practice attracted the company to oil and gas, said Ambient founder, CEO and CTO Keith White in an interview with Rigzone.

“There was more at play than what we realized,” said White, who had previously designed and built automotive parts and started playing with AWG technology in 1996.

Scott  |  July 25, 2017
Its really interesting that thousands of gallons of water, could be pulled out of the atmosphere. I have been wondering about how to get the cleanest water possible. I can see how getting air from the atmosphere, that has been naturally evaporated, would provide the cleanest water.
suzie  |  June 01, 2015
How will this impact the weather? Droughts - esp. SW,etc. If we extract the water vapor from the air doesnt that reduce that available for rain? Has EPA vetted this process? Their comments?
Sonu Tandon  |  March 02, 2015
AWG looks exciting option for water stressed zones.Success in global market will depend upon the comparative advantages in terms of technology cost, ROI, lifetime cost and the right sales pitch.