Top Oil Drillers Face Years Of Pain, Get A Grip On Cost 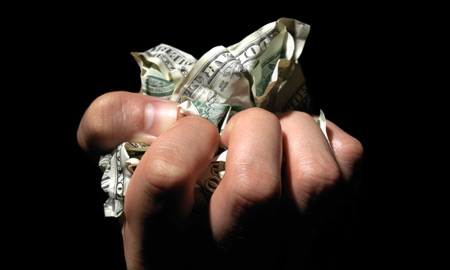 The world's biggest offshore drillers reports plunging earnings and orders but manages to get a grip on costs to improve their chances of riding out a sectoral crisis that could last.

OSLO, Feb 26 (Reuters) - The world's biggest offshore drillers reported plunging earnings and orders on Thursday but managed to get a grip on costs to improve their chances of riding out a sectoral crisis that could last several more years.

Transocean made a net loss in the fourth quarter while rival Seadrill's bottom line nearly halved as both wrote down the value of their business and earned lower revenue after charter rates plunged.

Still, their underlying operations were better than the market had forecast and both managed to reduce their near-term spending commitments for new vessels, giving them cash for the lean years.

Rig firms that drill for oil companies have been hit as lower oil prices prompt firms to curb exploration. There is also an abundance of capacity as new vessels ordered during the boom times are being delivered.

Rig firms are also squeezed by a corruption scandal at Brazil's Petrobras, the world's biggest offshore producer, and sanctions on Russia.

"2015 will be another challenging year for the industry and Seadrill will continue to take the necessary actions," Seadrill said. "Preliminary steps to delay deliveries have been taken in order to avoid taking delivery of a unit without a contract."

Transocean shares, down 58 percent over the past year, still rose 5.7 percent on Thursday while Seadrill, down 56 percent in 12 months, was up 4.7 percent.

"Everyone's focusing on survival here and both delivered well on cost," Fredrik Lunde, an analyst at brokerage Carnegie said. "The 2015 expectation is that costs will come down and they'll preserve cash."

"If you believe 2015 is a horrible year, that's probably true, but I think 2016 will be horrible, too, so it's about preserving cash. Others will struggle to maintain liquidity."

Seadrill, controlled by billionaire tycoon John Fredriksen, added that its $4.1 billion deal with Russia's Rosneft remains in doubt due to sanctions and it will be difficult to close the deal by the May deadline.

Adding to the sector's pain, Moody's cut Transocean's credit rating to junk overnight, saying big investments could increase leverage through 2017 even as the drilling market deteriorates.

Rig firms trade just over five times their expected 2015 earnings on average, nearly half of their historic levels, and they also trade below book value.