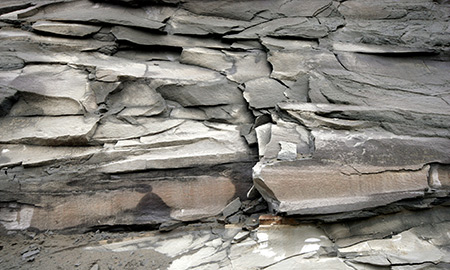 Shale oil producers are throttling back so quickly on drilling that US crude output could fall sooner than expected, within months, executives say.

HOUSTON, Feb 23 (Reuters) – Shale oil producers are throttling back so quickly on drilling that U.S. crude output could fall sooner than expected, within months, executives say as they slash costs to cope with tumbling crude prices and compete with Persian Gulf rivals.

About a dozen chief executives who talked to Reuters or who spoke publicly, acknowledged they were taken aback by the scale and speed of the cutbacks, noting how this oil price downturn was different from several previous episodes in their careers.

For one, companies are cutting costs deeper and faster than before as Wall Street investors increasingly place a premium on capital discipline rather than just production growth. Some also say the nature of shale makes it easier for companies to defer work and wait for prices to recover. The wells that drove the U.S. energy boom of the last decade rapidly deplete, so overall output will fall unless new holes are constantly bored and oil extracted via hydraulic fracturing, or fracking.

"The thing that has surprised me... is that companies large and small, financially strong, financially weak have really cut capital spending much quicker than I have seen before," said Bruce Vincent, who retired as CEO of Swift Energy Co this month after 40 years in the industry.

Just few weeks ago, the prevailing view among industry insiders and analysts was that U.S. oil production would keep rising for several months despite falling rig numbers because of rising productivity of active wells and drilling inertia.

In the past, if a producer had a rig contract, they would continue drilling. Now, producers are paying fees to break those contracts, a fact that has hastened the steep drop in the rig count, said Vincent.

CWC  |  February 27, 2015
Im here in Williston, ND and there isnt much of change in the blow n go attitude. Some (at management level) feel that it is a good time to intimidate the Drilling companies into settling for lower pricing (contracts). Keep in mind it is bean-counters & lawyers that call the shots these days,NOT Oilmen...!! CWC