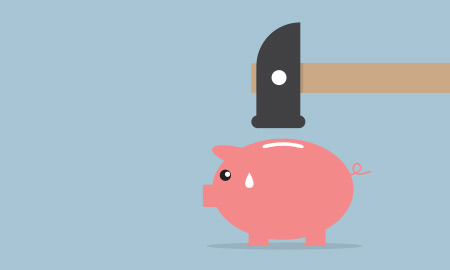 Husky Energy swings to a quarterly loss and cuts its capital budget for the second time in three months as oil trades at 5-year lows.

The company, controlled by Hong Kong billionaire Li Ka-shing, said it expects to spend C$3.0 billion to C$3.1 billion ($2.47 billion) in 2015. The company cut its budget by a third to C$3.4 billion in December.

Husky joins Cenovus Energy Inc, MEG Energy Corp and other Canadian oil producers, who have lowered capital investments due to a 50 percent drop in global prices since June.

Despite the cautious outlook, the company is plowing ahead with new oil sands, heavy oil and offshore projects that will add around 85,000 barrels per day of production net to Husky by the end of 2016.

The largest of these, the Sunrise thermal oil sands project in northern Alberta, has begun steam injection and is expected to see first production by the end of March.

Thermal projects involve pumping steam underground to liquefy tarry bitumen and allow it to flow to the surface.

"All of these projects have low sustaining capital needs and very good full cycle rates of return," Ghosh said on a fourth-quarter earnings call. "All of these are smart investments even when oil prices are low."