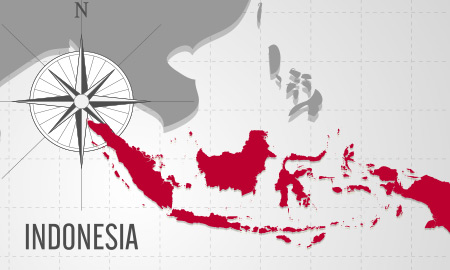 Indonesia remains an attractive place for foreign companies to invest in the petroleum sector, according to a top GE Oil & Gas executive.

Indonesia, with its ownership of oil and gas resources, remained an attractive destination in Southeast Asia for companies interested to invest in the petroleum industry, a top executive at GE Oil & Gas told local daily The Jakarta Post in an article published Friday.

Investors' interest in the region's largest economy – formerly Asia's sole member of the Organization of Petroleum Exporting Countries (OPEC) – has not diminished despite the current downtrend in global oil prices.

Oil price began its downtrend in the second half of 2014, with benchmark Brent oil futures dipping below $100 a barrel in early September, and it settled Feb. 5 at $57.57. U.S. West Texas Intermediate oil futures had fallen below the $100 a barrel mark earlier in late July.–

“The declining oil price makes it more challenging but the long term prospect of the industry (in Indonesia) is still positive,” GE Oil & Gas president and CEO Lorenzo Simonelli commented.

“Indonesia has great resources and opportunity to push through. The new government (of President Joko Widido) is already taking action on looking at projects and moving forward the projects, such as IDD (Indonesia Deepwater Development), Tangguh and Jangkrik. We are active on all of these projects,” he said.

Chevron Corp. is proceeding with the first phase of the IDD project offshore East Kalimantan, comprising the Bangka field development, while BP plc is progressing the Tangguh Train 3 project in West Papua and Italy's Eni S.p.A. is developing the deepwater Jangkrik gas project off East Kalimantan.

GE Oil & Gas begun to enlarge its manufacturing facility in Batam in 2013, with the expansion covering the construction of a high bay for a new line of subsea wellhead equipment, while production of vertical subsea trees in Batam is the first for the firm in Asia Pacific.