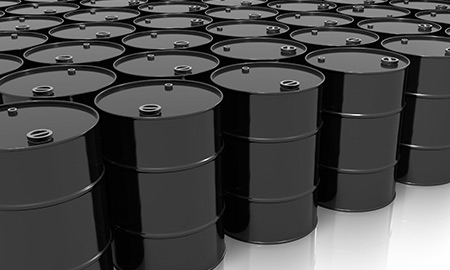 LONDON, Feb 5 (Reuters) – Big oil companies had a poor record of finding and producing oil and gas last year, according to figures out in the past week – and big cuts in spending in response to falling crude prices could undermine their plans to turn that around.

Four of the world's six biggest oil firms by market value – Royal Dutch Shell, Chevron, BP and ConocoPhillips – released provisional figures showing together they replaced only two-thirds of the hydrocarbons they extracted in 2014 with new reserves.

All predict their output will increase and new reserves will be added in coming years. But the 2014 results echo longer-term trends.

Over the past decade, the biggest Western oil companies have seen reserves growth stall, production drop 15 percent and profits fall by almost a fifth – even as oil prices almost doubled, a Reuters analysis of corporate filings shows.

Analysts and industry executives have blamed the sector's anaemic performance in that period, in part, on companies' approach to spending on new fields and infrastructure, tending to ramp it up when oil prices rise and cut when prices plummet, such as in the late 1990s and after the 2008 financial crisis.

The latest collapse has seen prices halve since June. In recent months, the biggest oil groups on both sides of the Atlantic have announced sharp cuts in capital expenditure (capex) out as far as 2017, as they seek to preserve cash to maintain dividends.

Investors have largely welcomed the focus on dividends. But some say the cuts could come back to bite the industry.

"Capex can't be cut forever. Cuts in capex are only storing up problems for the sector down the road," said Will Riley, fund manager with the Guinness Global Energy Fund, which holds shares in many of the big U.S. and European oil firms.

The ability of oil companies to replace reserves has not been as much of a concern for some executives and investors in recent years due to the shale oil boom.

But the high cost of extracting shale oil makes doing so profitably a challenge where prices are low – making traditional and less expensive reserves more relevant in a downturn.

BP and Chevron have announced around 13 percent cuts in capex for 2015, while ConocoPhillips last week upped its planned reductions in spending for 2015 to 33 percent. Shell and Exxon have not issued budget plans yet.

"We have to prioritise cash flow instead of growth for the time being," Gerhard Roiss, chief executive of Vienna-based oil producer OMV AG, said last week as he announced an around 30 percent reduction in investment in new projects.

Oil executives play down worries about the sector's fundamental health. They say lower production reflects an increased focus on returns, rather than output for its own sake, while falling reserves figures can be misleading.

"These (2014) reserve replacement numbers are a little lumpy... I am not too alarmed about this year's down(turn)," BP boss Bob Dudley told reporters this week.

However, even executives accept that excessive pruning of investments can cost them barrels and profits in the long term.

"Many of the things that you may do out of excessive prudence basically means that you lose them (the opportunities). They won't come back anymore," Shell CEO Ben van Buerden told investors last week.

Van Buerden said he would cut less than rivals to ensure he did not crimp Shell's long-term prospects. Similarly, Exxon told investors on Monday that while it would monitor spending closely, it would not "forego any attractive opportunities".

Nonetheless, Shell has shelved projects and put off $15 billion of spending it might have committed to over the next three years. Analysts at Jefferies predict Exxon will announce a 13 percent drop in capex when it presents its strategy plans in March.

Martijn Rats, head of oil companies research at Morgan Stanley in London, said in a research note this week that overly aggressive cuts could have long-term repercussions.

The expertise needed to develop new fields and infrastructure takes long periods to build up, he said. Hence, if companies lose this expertise, they may struggle to expand their portfolios when oil prices recover.

Executives say the risk is not only that companies may lose future growth opportunities but also that existing reserves may not be fully exploited.

Production from oil fields falls over time, because reservoir pressure drops as oil is extracted. Fields on average experience natural depletion rates of around 15 percent per year, industry executives say, but companies generally reduce this to 3-5 percent by sinking additional wells, injecting gas or by using other capital-intensive techniques.

Cutting capex will increase depletion rates, if past experience is an indicator.

"That is a growing risk for the industry. If you go back to the 2008 and 2009 period ... we saw an increase worldwide in decline rates for all companies, basically for the entire industry, increase by a percent or two. And that's very significant," Chevron CEO John Watson told investors last week.

Using data going back to the oil drop in the mid-1980s, analysts at Bernstein calculated the rise in depletion rates was 3 percentage points within two years after an oil price collapse began.

Across the industry, this could mean the loss of hundreds of thousands of barrels of oil production each day.

Some investors and analysts say companies could yet use the downturn to help build long-term reserves and production.

Paul Mumford, fund manager with Cavendish Asset Management, said lower oil prices and a drop in drilling activity was leading to downward pressure on the prices firms which sell construction and drilling services to oil majors charge. This could encourage some companies to drill and build more, he said.

Morgan Stanley's Rats added: "Sometimes, the best projects are done at the bottom of the cycle."