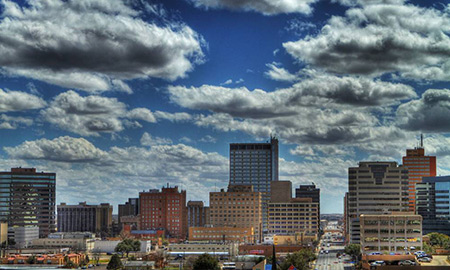 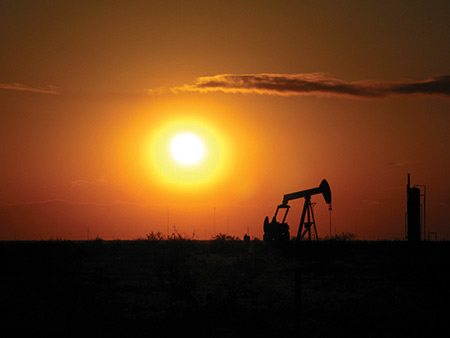 “We’ve actually done several presentations showing that even in the worst economic downturn that Midland has dealt with – in the 1980s – it has still continued to grow. Every decade, it’s larger than it was a decade earlier. So, this opportunity for our governmental entities to catch up on infrastructure is a benefit for us at this stage in allowing us to catch our breath,” she explained.

However, Barnett knows what a prolonged slowdown in the industry can do to an economy.

“We don’t want to see it stay at the mid- to upper-$40s level that it is right now. We’re really looking to our governmental leadership to take the time right now to get caught up on the things we need to, because we do anticipate that prices are going to move higher again. Oil and gas is a cyclical industry, so we know it’s going to come back at some stage. It’s just a matter of when, and by how much.”

Barnett said she was not aware of any changes regarding commercial development projects that had been left on the drawing board due to the slowdown in the industry following the drop in prices.

“At this stage, it’s much too early for people to want to pack up and move on. And the thing about Midland is that because we’ve been through this before, and we understand the cyclical nature of the industry, no one feels the need to make dramatic changes right away. It’s much more of a “wait and see” mode, and let’s make smart decisions, and be cautiously forward-thinking.

“We have made strides in economic development in terms of that economic diversification, and one of the biggest areas that we are expanding into is the aerospace sector. But realistically, oil and gas is our bread and butter. We don’t shy away from that.”

So far, there have been few outward signs of a change, according to a public sector worker in Midland. One way to gauge the level of economic activity in a municipality is the amount of vehicular traffic through town, and traffic has not been getting lighter, City of Midland’s Assistant Transportation Manager, Eric Johnson, said.

Another marker is the number of job applications for public sector work, and here, too, there has been little change, he said.

“In the division I’m in – transportation – as people leave the oil field, we generally see a significant increase in applications for employment. The overall requirements are similar for both jobs – a commercial driver’s license, being drug-free, etc. While we have had a small increase in applications and hiring, we are nowhere near fully staffed,” Johnson said.

Historically, the highs and lows in the energy industry have not usually affected Midland in the way that one might think, he added.

“As far as ‘boom or bust’ goes in Midland, our general pattern has been that when we ‘boom,’ we significantly increase in population, and when we ‘bust’ – and we don’t use that word – we level off with a minimal – or no – decline in population. That has been the trend time and time again, except for one ‘bust’ in the 1960s, which caused a significant population decline.”

The drop in crude oil prices has yet to manifest itself in hiring in industries outside of oil and gas, Johnson noted.

A slowdown is coming in the Permian Basin, however, as well as in the Eagle Ford and other shale formations, according to Karr Ingham, economist and author of the Texas Petro Index.

“Over 130,000 jobs have been directly added to the upstream oil and gas industry in Texas over the course of the expansion now coming to an end. A realistic assessment suggests that we are going to lose at least 50,000 of those jobs over the course of this contraction, and frankly that number could be higher,” Ingham told attendees at a media luncheon in Houston Feb. 2.

Ingham added that before the contraction is over, operating rigs in the state are likely to number as few as 300, well under the November 2014 average of 904.

“In other words, we stand to lose two-thirds of the rigs at work over the course of this downturn,” Ingham said.

Like Barnett, Ingham suggested that a short-term contraction could allow cities like Midland, which has been subject to rampant growth due to the expansion of activity in the Permian Basin, to “catch its breath” for a while, but that a prolonged contraction in activity would be unwelcome.

Peaks and contractions are nothing new to the industry. Much of one’s perception of the market could depend on the length of time they have in the industry, a professor who had worked in the industry told Rigzone.

“So many people in the oil patch are scared. Older guys like me remember 1986 vividly. Young guys have only known good times. The propensity to save might not have been strong during this boom.”

Although Midland has fared well so far, prolonged low oil prices are likely to prompt more rig shut-ins and lay-offs, and it is not unreasonable to assume that Midland will eventually feel the pinch. Ultimately, it depends on when prices stage a recovery, and on this, few people claim to have a crystal ball.