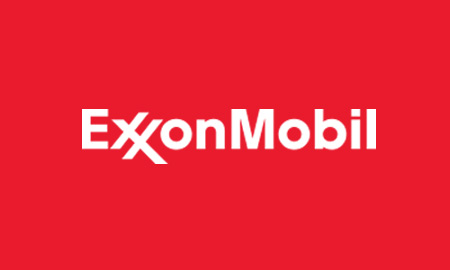 Global oil markets are oversupplied at a time when demand is waning, sending crude prices tumbling by more than half since June. Investors are closely watching oil companies' responses to the collapse, which has included job cuts and reduced capital expenditure budgets.

The company's investment plan will change, but not very much because Exxon bases its strategy on long-term planning, Jeff Woodbury, Exxon's vice president of investor relations, said on a conference call.

"We'll keep a close eye on our cash flow, maintain our investment discipline and of course our commitment to the growing dividend," said Woodbury. Last week, Exxon declared a quarterly dividend of 69 per share, up nearly 10 percent from the year-ago quarter. (BreakingViews-Shareholders give Exxon the benefit of the doubt, click )

In stark contrast to other companies drilling in North American shale deposits, Exxon said it increased the number of rigs drilling in its oil basins that includes the Bakken and Permian to 44 in the fourth quarter from 39 in the third period.

Analysts, on average, expected a profit of $1.34 per share, according to Thomson Reuters I/B/E/S.

Earnings were helped by about $1 billion in items that included deferrals on income tax and a favorable arbitration ruling for expropriated assets in Venezuela, Exxon said.

"I think the quality of the earnings beat is questionable," said Brian Youngberg, an oil analyst at Edward Jones in St. Louis. "Some net tax effects and Venezuela really drove the beat. They remain growth challenged."

Profit in the company's chemicals unit rose 74 percent to $1.23 billion, while profit in its exploration and production business fell by $1.3 billion to $5.5 billion.

(Reporting by Anna Driver in Houston; Editing by Jeffrey Benkoe)