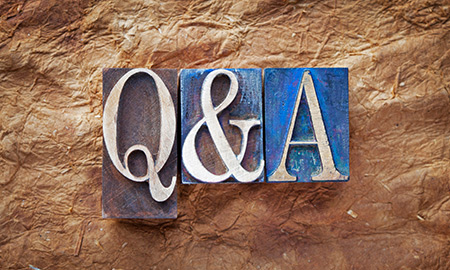 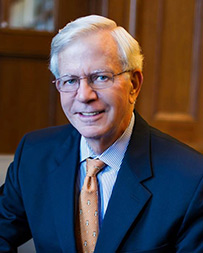 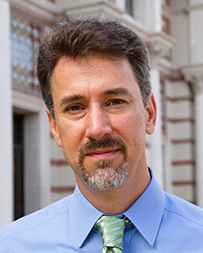 Rigzone: Given weaker-than-expected global demand, and with high storage and production rates in the United States, wasn’t the drop almost inevitable without any countervailing forces to offset the imbalance?

Arnold: Other commodities have taken a pretty big hit in the last 18 months or so, in large part because of the fall-off of the market in China. Without sufficient demand, prices were likely to have come off eventually. I think weaker prices in about three years would have been even more likely than now, however, assuming Brazil strengthened as a player, Iraq had resolved its issues, and sanctions on Iran were lifted. Then, you could have millions of additional barrels coming on within the 3-to-5 year timeframe. But to have this much happen this quickly … I don’t have a good explanation for it.

Rigzone: How are producers reacting, given the reality of $50/barrel oil?

Arnold: I think one of the things that’s going on right now, in part because the market really seems to be in shock, is that everyone is hoping the other guys will drop out, and then prices will strengthen. But as long as [everyone is waiting for others to quit], they’re still all continuing to produce. Also, at the first sign of losses, some investors might have bailed out of the market, thus accounting for some of the steepness in the price curve.

Rigzone: Are their geopolitical issues that could arrest the fall and send prices higher? Some analysts have noted that because OPEC (Organization of Petroleum Exporting Countries) countries fund social programs through their oil sales, it’s only a matter of time before lower prices affect them, too.

Arnold: It’s evident in Venezuela already. There were problems there even with $100 oil. They have almost nothing else for support except for China and Qatar, and whether they can cover it at $45 or $50, I don’t know.

There are other geopolitical effects from the drop in oil prices. In Asia and in Europe, for example, prices for much of the natural gas supply are linked to crude oil prices. To the extent that natural gas prices might be lower in some markets because of the link to oil, it probably hurts our competitive advantage. When we’re dealing with $3 and $3.50 natural gas, and Asia is dealing with $16 or $17 natural gas, and Europe is at $12 natural gas, that gave us such a tremendous competitive advantage for bringing heavy industry back home. But to the extent that Asia might get down into, say, the $12 range, and Europe could fall into the $8s, you don’t have quite the pressure to reindustrialize the United States, or the opportunities that you had before.

Arnold: Historically, one of the things that can boost the price of oil is a major “saber-rattling” geopolitical event that threatens oil supply. However, if such an event occurs and oil prices suddenly shot up, sending the price of gasoline up with it, that could create a pretty ugly political situation, where people blame the oil companies for the hike in gasoline prices.

One of the questions that plays into this is the ability to export crude. There are very sophisticated people that would say that the export of crude helps contribute to low prices domestically because it brings on more production. But the average person is going to think that if the industry begins to export crude, it will make it more expensive to fill up their tanks.

Rigzone: How likely is a rebound in prices without tensions elsewhere?

Arnold: With these very low prices, you’re planting the seeds for a rebound, because the overall economy benefits from lower fuel prices. Whether it’s truck transportation, rail transportation or the cost of manufacturing heavy equipment and so forth, lower fuel prices can translate into increased oil demand over time.

Rigzone: Is the downturn anyone’s “fault?”

Arnold: The way I see it is that the United States is the country that’s been increasing production dramatically. Saudi has been maintaining markets, which is not an unreasonable thing for a sophisticated player to do. But they haven’t been dumping on the market, nor have they decided to cut their own production, knowing that OPEC has a history of cheating by their partners.

Another thing that’s been in the back of my mind is that there used to be a close relationship between the Saudis and Washington, and through different administrations. I think the Saudis were very mindful of the impact of their actions in the United States in the last couple of decades. And now, you just don’t get the feeling that there’s the sensitivity about that relationship that there had been historically.

Rigzone: The term “swing supplier” has come up more in recent weeks. What is that about?

Krane: Traditionally, the swing supplier in the market has been OPEC, and mainly Saudi Arabia. When there was too much supply or too much production, and the market became flooded with crude oil, prices would start to drop, and OPEC would take some of that production off the market. OPEC could add supply to the market or take supply off the market, as conditions warranted. But the advent of U.S. shale production has kind of interrupted that process.

Rigzone: But don’t lower prices from the market imbalance also hurt OPEC? Why didn’t they dial back on production and keep prices higher?

Krane: They didn’t take some production off the market because if they did that, unconventional oil in the United States and North America would just fill in OPEC’s share of the market. What OPEC did was rational. They said if prices go down, so be it. That might send some signals to producers that oil prices don’t just go up, they also go down. If that chases away some investment in production in the United States, that’s probably a good thing from the Saudi standpoint.

Rigzone: So, is it now up to the United States to cut back on production?

Krane: This is a major new development. Texas was once the swing supplier of crude oil. That changed in the 1970s, and since then, OPEC has controlled the supply of oil on the market, and thus the price. But now, because of unconventional drilling, the United States is a swing supplier, too. The Saudis are no longer the only global swing supplier. That role seems to be devolving to shale producers in the United States. They have that flexibility now to increase or decrease oil production when market conditions dictate. That seems to be a new dynamic that we’re watching unfold right before our eyes.

Rigzone: Some analysts have suggested that perhaps OPEC did not intend for prices to fall this much, or this quickly.

Krane: While OPEC acted to weaken crude oil prices, they probably overshot the mark on the way down. OPEC opened the taps, letting more crude oil into the market to lower prices. However, there could have been an overreaction, given how far prices have fallen. By the end of the year, prices might reasonably be expected to be back up in the $70s/barrel, barring a serious geopolitical event.

The big change is on this side of the globe, and that’s where production is going to have to fall so markets are balanced again. It’s a rational and reasonable course of action – or inaction – for OPEC. They don’t want to see someone else take their market share. They will have some short-term pain because they won’t have the same revenue from oil, but that’s the price they’re going to have to pay to maintain their share of the market.

Rigzone: That sounds like producers everywhere are going to lose.

Krane: A short-term drop in prices might not be all bad, since it could help increase demand, which will in turn help the oil industry. Demand has been dropping. We’re coming out of a recession, cars have gotten smaller and more economical, and there have been economic slowdowns all over, including in China, where demand growth had been strong. Oil prices have fallen below the average global cost of production of around $60. At some point, supply and demand will rebalance. Discounted oil will rekindle stagnant global demand. So, to the extent that lower prices can spark some economic growth here and bring back higher demand, that’s a good thing.