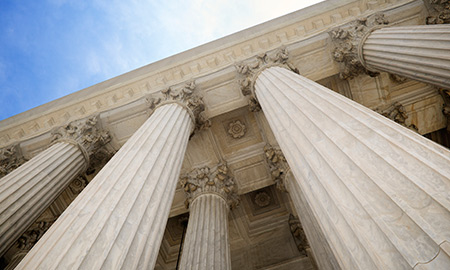 Republicans are wasting no time in taking on some of the energy issues that have been waiting in Congress for years, Alex Mills says.

For the first time since Barack Obama became President, Republicans took control of the U.S. House and Senate, and they wasted no time in taking on some of the energy issues that have been languishing in the Congress for years.

Senate Republicans made good on a pledge to pass the long-pending Keystone XL oil pipeline on Jan. 29. Senators voted 62-36 on the bill to bypass the Obama administration's delaying tactics on the Keystone XL, only 5 short of the number needed to override a presidential veto, which is expected.

All Republicans present voted for the bill, as did nine Democrats.

Approving the Keystone XL has been the top priority of Republicans in the new Congress after they won control of the Senate in November.

Majority Leader Mitch McConnell said the Keystone XL would be good for the middle class and “pump billions of dollars into the economy.”

Debate on the bill lasted most of the month with Senators engaging in an open process espoused by McConnell to debate dozens of amendments. Only a handful of the amendments passed, including one from Senator Lisa Murkowski, the chair of the energy committee, in which companies transporting crude from Canada's oil sands would have to contribute to an oil spill fund.

The project would bring some 800,000 barrels per day of heavy oil from Alberta and light US crude to Nebraska en route to refineries on the Gulf Coast.

The House of Representatives has voted 9 times to approve the project.

The U.S. House of Representatives passed a bill aimed at increasing US LNG exports by requiring the Department of Energy to determine whether a project is in the national interest once its federal environmental reviews were complete.

Forty-one Democrats joined 236 Republicans in voting for the bill, which Energy and Commerce Committee member Bill Johnson (R-Ohio) introduced on Jan. 14. One Republican, Chris Gibson (NY), and 132 Democrats voted against it.

The Senate defeated a measure that would have allowed the Environmental Protection Agency to regulate hydraulic fracturing.

The vote was an amendment to the Keystone Pipeline bill, and it was offered by Sen. Kirsten Gillibrand (D-NY).

Alex Mills is President of the Texas Alliance of Energy Producers.