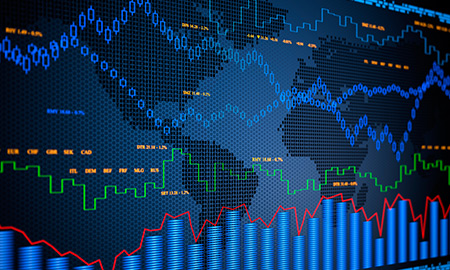 LONDON, Jan 29 (Reuters) - Royal Dutch Shell blamed writedowns and forex losses for making almost no money in oil production, its most powerful division, in the last quarter of 2014, causing the company to miss profit forecasts by more than 20 percent.

Shell, the largest of the European energy majors, also announced a relatively modest three-year, $15 billion cut in spending to help it weather the plunge in oil prices.

"We are taking a prudent approach here and we must be careful not to over-react to the recent fall in oil prices," Chief Executive Ben van Beurden said.

The company also kept dividends unchanged to soothe investors but its shares fell four percent, hit by the earnings shortfall.

The company's fourth-quarter 2014 adjusted net income of $3.3 billion was weighed down by weaker than expected earnings from oil and gas production, known as upstream.

"Upstream earnings of $1.7 billion were well below our and consensus expectations of $2.8 billion," Morgan Stanley analysts said in a note.

"Integrated gas accounted for $1.6 billion of this profits, implying that Shell's remaining upstream activities were generating almost no earnings with Brent still averaging $75 per barrel in the fourth quarter."

Chief Financial Officer Simon Henry blamed the miss on a number of one-off items, including forex losses, exploration write-offs in North America and increased estimates of future decommissioning liabilities worldwide. He said those one-offs were unlikely to be repeated in future quarters.

The $15 billion spending cut, which will involve canceling and deferring projects through 2017, represents a 14 percent cut per year from 2014 capital investment of $35 billion.

It is a change of course after Shell, which has one of the largest capital investment programmes in the industry, said in October it would keep its 2015 spending unchanged.

"Shell is considering further reductions to capital spending should the evolving market outlook warrant that step, but is aiming to retain growth potential for the medium term," it said.

Shell maintained its fourth-quarter dividend unchanged from the previous quarter at $0.47 per share and in a rare move pledged to pay the same amount in the first quarter of 2015. It has never cut its dividend since 1945.

Oil majors including rivals BP and Total have said they do not intend to cut their dividends, a key attraction for investors, even if oil prices remain low.

Most have already announced cuts in capital expenditure of around 10-15 percent and sold assets worth dozens of billions of dollars.

But they have warned against cutting too much as it could derail long-term projects, destroy the value of companies and potentially even lead to an oil shortage in the future.

Oil prices have fallen to below $50 per barrel because of weak global demand and a boom in U.S. shale production. OPEC in November decided not to cut output as the group of oil producing nations hopes to force other producers to trim production.

Van Beurden said prices should reach a "long-term equilibrium" of $90 per barrel but did not say when he expected them to return to those levels.

Lower income from oil and gas production was offset by a near tripling of earnings from the refining and trading division to $1.55 billion.

Low borrowing ratio of 12 percent at the end of 2014 leaves room for raising more debt, placing Shell in a strong position to deal with the lower oil prices, according to Raymond James analyst Bertran Hodee.