Kemp: Factors That Will Drive US Oil Production In 2015 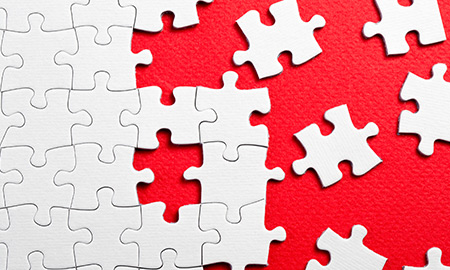 Rig counts are a highly imperfect guide to future oil production but they are one of the few readily available statistics on oilfield activity so it is unwise to dismiss their importance entirely.

LONDON, Jan 27 (Reuters) - Rig counts are a highly imperfect guide to future oil production but they are one of the few readily available statistics on oilfield activity so it is unwise to dismiss their importance entirely.

The sharp drop in crude oil prices since June 2014 and associated fall in rig counts published by state regulators and service companies such as Baker Hughes has sparked a lively debate about the short-term outlook for U.S. oil production.

Some analysts have forecast the drop in rig counts will cause production to peak in the first six months of 2015 then begin to fall in the second half of the year. I count myself in this camp.

Other analysts predict production will remain steady or continue to grow, albeit much more slowly than the 1 million barrel per day (bpd) increases recorded in 2013 and 2014.

In practice, the differences are smaller than the two sides imply. Most forecasters put the change in daily production between December 2014 and December 2015 at less than 250,000 bpd, whether up or down.

Philippe  |  January 28, 2015
Shale production requires fracking, fracking means that the geological formation must be cracked to liberate the oil or gas locked in the geological formation. The Initial Production or IP is the maximum production when the oil or gas is liberated at the high point of the released pressure. As the IP continues to take place the pressure diminishes and the propan keeps the cracks open but induces pressure drop due to the flow constraint by smaller rocks opening or cracks. This resistance reduces the production rates by 50% within the first 12 to 18 months. Past this IP production we enter the Estimated Ultimate Recovery (EUR) where the production rate is 20% of the original production. Drilling is the way in a Shale Fracking situation necessary to keep production at an elevated and profitable level. The EUR production cost would go up because of the cost of getting to market less production. It becomes a cost per barrel at market not at the well head. The production of US shale crude oil or gas will level off because of less drilling. The return on investment represented by drilling is not supported by the market prices. It may take 12 month, but rest assured US production will go down, unless the crude oil or natural gas market prices allow drilling again.
Jerry Lummus  |  January 27, 2015
Good reminder of the limitations of the rig count information. As you correctly point out however, the availability and depth (back to the 1940s) of the data base make it useful. One use is to see it as a proxy for what we unfortunately dont have - a similarly long, detailed and timely series on actual E&P expenditures, the main driver for the entire upstream industry, including future production. In a perfect information world where we would have good data on E&P outlays as well as on all the variables you list above, forecasting the impact of changes in oil prices would be far simpler. Until we get there, simple time series analysis of rig count data is one the best tools we have. Assuming HAL and BHI do merge, we need for the new entity to continue the data as BHI has done all these years.