Obama Move On US Oil Exports Paves Way For Canadian Crude, Too 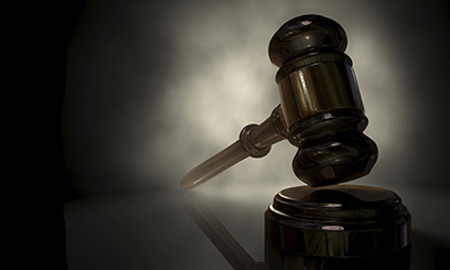 As the Obama administration issues guidelines to open the door for selling more domestic shale oil abroad, it has also likely smoothed the way for more Canadian crude to be shipped through US ports.

Unlike crude produced domestically, oil from Canada is not limited by the longstanding U.S. ban on exports, and licenses to re-export foreign crude are granted routinely. However, many companies have been wary of such trade due to rules that prohibit mixing non-exportable domestic oil with foreign grades.

The risk of contaminating Canadian oil with a few drops of restricted U.S. crude, which accounts for most of what flows through U.S. oil pipelines and terminals, had deterred energy traders from attempting re-exports, they have said.

On Tuesday, the Commerce Department's Bureau of Industry and Security clarified for the first time that the prohibition on co-mingling was not absolute, issuing guidelines that allow "incidental" contact for foreign oil using the same infrastructure as domestic grades.

The agency said that "a minimal amount of mixing may occur due to incidental contact in pipelines and/or storage tanks when foreign and U.S. origin-oil is sequentially transported or stored in the same pipeline or tank."

The bureau said it encouraged applicants for re-export licenses to explain the precautions they are taking to ensure that U.S. oil is not mixed with the foreign-origin crude, other than incidental contact.

Canada, the largest oil exporter to the United States, sends 3.4 million barrels a day to its southern neighbor, according to the U.S. Energy Information Administration.

The clarification could reinvigorate opposition to big Canadian oil pipeline projects such as TransCanada Corp's Keystone XL, which some environmentalists have said will be used to ship carbon-intensive oil sands to China via U.S. ports.

While TransCanada has maintained that it would not trade crude shipped on that proposed line for export, other shippers have already begun testing the waters. Some had explored shipping Canadian oil to the coast by rail, a costly method but one that would ensure it remained segregated.

Rival Enbridge Inc shipped several cargoes of Canadian crude to Europe earlier this year, after opening a reversed pipeline from Oklahoma to Freeport, Texas, but has said that re-exports would account for less than 1.5 percent of its total U.S. shipments, under 36,000 bpd.

Opportunities to re-export oil sands crude will expand significantly over the next few months as more pipelines designed to carry Canadian oil to the Gulf Coast come on line.

Accounting for this incidental contact might make it easier for pipeline companies and other midstream handlers of crude oil who manage crude that is re-exported.

It will also offer opportunities for traders to blend abundant U.S. condensate - which under Tuesday's notice is now likely to be freely exported if it is minimally processed - with heavy diluted bitumen and Mayan crude, creating medium-grade oil more valuable than either of the original grades on their own, said Ed Morse, Global Commodities Strategist at Citigroup.

Such blending "spells competition for Middle East producers and Russia in European and other markets," he wrote.

Charles Laser  |  January 02, 2015
This is good news. In a few years Nevada will be shipping oil to California for shipment to Asia. Nevada is expected to become the countries largest source of new oil due to the rich Chainman shale having generated billions of barrels of oil into conventional reservoirs. Charles Laser is an oil and gas consultant for thirty-eight years and is President of Laser Exploration Inc. in Deerfield Beach, Florida
Denver  |  December 31, 2014
The US shouldnt export oil, what we dont use we should shut away into and expanded Strategic Petroleum Reserve, You know, for a rainy day?
Floyd Burgoz  |  December 31, 2014
This will close in on the Saudi Arabian market share hands down as well as OPEC in general.
RELATED COMPANIES
Company: U.S. Bureau of Industry and Security more info