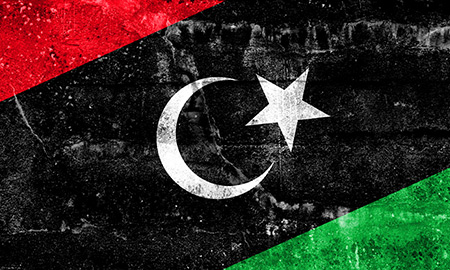 A fire caused by fighting at one of Libya's main export terminals has destroyed more than two days of the country's oil production, officials say, as clashes escalated between factions battling for control of the OPEC member nation.

BENGHAZI, Libya, Dec 28 (Reuters) - A fire caused by fighting at one of Libya's main export terminals has destroyed more than two days of the country's oil production, officials said on Sunday, as clashes escalated between factions battling for control of the OPEC member nation.

A missile hit an oil storage tank last week at the port of Es Sider during fighting between forces allied to Libya's two competing governments and the resulting blaze has destroyed 800,000 barrels of crude, the National Oil Corporation said.

In an apparent response to the attack on Es Sider, forces loyal to Libya's recognised government -- now based in the east after being forced to flee Tripoli in the summer -- staged air strikes on targets in the western city of Misrata on Sunday.

The raids were the first such attacks on a city allied to the militia group that seized Tripoli, and whose forces have been trying to take the eastern oil ports from the internationally recognised government, officials and residents said.

Libya has been engulfed in fighting between the two sides, each with its own government and parliament and each anxious to secure a share of Africa's largest oil reserves.

The internationally recognised Prime Minister Abdullah al-Thinni has been forced to run a rump state in the east since the Libya Dawn group took control of Tripoli in August, setting up a rival government and parliament.

Es Sider and the adjacent Ras Lanuf terminal have been closed since a force allied to Libya Dawn moved east from the capital two weeks ago in an attempt to seize the facilities.