OPINION: Israel's Gas Dream: The End Is Nigh

by Gal Luft
|
Institute for the Analysis of Global Security
|
Tuesday, December 23, 2014
Tweet 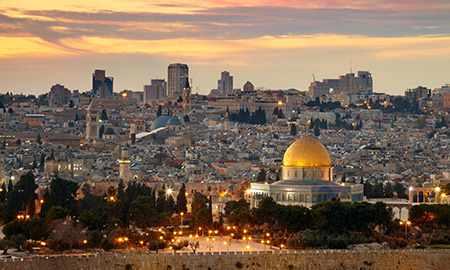 The Israeli government's decision to revoke an arrangement permitting the development of the Leviathan gas field deals a blow to energy security in the Middle East and beyond, according to commentator Gal Luft.

In the five years since the discovery of the Tamar and Leviathan natural gas fields off the coast of Israel, the Israeli energy discourse has focused on questions like what to do with the gas, how much of it to export and to whom, and what the fairest distribution of profits would be among the gas partners, headed by Noble Energy and Delek Energy, and the Israeli public. But after years of delays and billions of dollars spent, a new and increasingly likely scenario should be considered – the premature – and tragic – death of the Israeli gas dream. I alluded to this option in an August 2013 article titled “Israel’s Zero Gas Game” in which I warned that Israel has become so busy dividing the pie that its leaders forgot it must first be baked and that due to the failure of the  government to present a clear vision for the country’s energy sector, articulate the rights and responsibilities of foreign investors and most importantly set rules and stick to them, “the gas will be left in the ground and the startup nation will be more worthy of the title ‘shutdown nation’.” Perhaps that sounded crazy at the time.

Today, with the decision of the Israeli Anti-Trust Authority to revoke an arrangement permitting Noble-Delek partners to develop Leviathan, declaring them a cartel - a move that will require the separation of Leviathan from Tamar and the sale of Leviathan to a new partnership, effectively postponing the development of Leviathan indefinitely - the scenario of “zero gas” - and perhaps even the withdrawal of Noble from Israel altogether - should be considered seriously.

In deciding to enter Israel Noble has taken a huge financial, regulatory and geopolitical risk.  However, the size of the discoveries, the potential of finding oil under the gas layers and the doubling of the company’s market capitalization made the move easy to justify to its shareholders. But the Texas company, the only international energy company that was willing to set foot in Israel, was welcomed with no red carpet. Instead it was ushered through a Via Dolorosa of bureaucratic torture which eliminated any chance for gas production before the end of 2018 – ten years from the beginning of exploration. A ten year lead time from discovery to production is a lot to ask of a  publicly traded company which has to satisfy quarterly thinking and profit hungry shareholders. But in light of Noble’s recent stock performance, dropping from $80 in the summer to $50 today, the decision of the Israeli government provides an impetus to the company’s leadership, not to mention the new CEO David Stover, to reconsider the commitment to Israel and begin to seek greener pastures.

The Israeli government’s ruling has huge implications for the future of the region as it means that at best the supply of gas from Leviathan will be delayed into the 2020s. At worst it will not happen at all. The government’s concern about a gas monopoly is a legitimate one, especially during an election campaign when issues of cost of living dominate the local political discourse. But its hopes that the hot potato called Leviathan can somehow be sold to new partners require a lot of faith. There are many people with money who may be tempted to buy into a partnership in a 22 trillion cubic feet (tcf) field, but owning a stake in a gas field without an operator at hand is like owning a gold mine on the moon. There are very few oil and gas companies who have both the experience of drilling in deep waters and the willingness to associate themselves with Israel, especially in light of Noble’s experience. With falling energy prices worldwide, the chance of a Noble-like operator popping out of nowhere is slim. This means that in its desire to avoid the creation of a monopoly, Israel is taking the risk that Leviathan, the world’s largest offshore gas discovery of the past decade, will not be developed for many years to come - if ever. The losers will first and foremost be the Israeli people who will lose not only billions of dollars in tax revenue and the main engine of growth of their economy but also the prospects of securing their energy supply for generations. The scenario is equally bad for Jordan, Egypt and the Palestinian Authority who are counting on Leviathan gas for their economic well-being and which have all signed letters of intent to buy Israeli gas despite local opposition from their respective Israel-hating Islamists.  Europe will also be a casualty since a portion of Leviathan was aimed for two LNG terminals in Egypt from where it would have been shipped to European countries aspiring to become less dependent on Russia’s gas.

Other than the handful of lawyers who will earn millions litigating the dispute between Noble and the Israeli government in international courts, the biggest winner will be Cyprus. In December 2011 Noble announced the discovery of 7 tcf in a field northwest of Leviathan called Aphrodite (block 12). Other blocks have been opened for bids since attracting interest from a handful of large oil and gas companies including Total of France, Kogas of South Korea, ENI of Italy and Petronas of Malaysia. But with all eyes on Leviathan, Cyprus became an uninteresting side show. This may soon change. Cyprus may not be a paragon of regulatory stability and certainly not an investors’ haven and its tense relations with Turkey pose some geopolitical risk, but the fatigue from Israel’s energy shenanigans could bring about a shift from Israel to Cyprus as the new center of gravity in the East Mediterranean energy play.

There is no polite way of saying this. Israel’s latest decision is tantamount to nationalization of the kind seen in Argentina, Venezuela, Mexico and Russia. All of those governments sugarcoated their decision invoking the need to protect the public interest. The investment community and global oil industry got the message and wrote off those countries. With this miserable decision, Israel has just lodged itself into this notorious club. The price will be paid in spades – and sooner than most Israelis realize.

Gal Luft is co-director of the Institute for the Analysis of Global Security (IAGS) and senior adviser to the United States Energy Security Council.

Deepwater805  |  December 24, 2014
Frankly, the Israelis are cutting their nose off to spite their face, and their attitude towards the companies who have given them the chance to be energy independent with relation to gas, is more akin to what Venezuela, and Mexico did: nationalize their commodity, and then set about to ruin their reservoirs with politicians, rather then engineers running the show, and thus running the energy sector into the ground.
Mike Green  |  December 23, 2014
"There is no polite way of saying this. Israel’s latest decision is tantamount to nationalization of the kind seen in Argentina, Venezuela, Mexico and Russia." The people of Argentina, Venezuela, Mexico and Russia have all made champions and heroes of their leaders who nationalized foreign oil interests in those countries. All politics are local. Israel will simply ask the US for additional foreign aid to offset any inconvenience.
Robert Gaspar  |  December 23, 2014
Very poor decision by Israel. Maybe Noble and other stakeholders should mount an intensive public information campaign to inform Israelis about the enormous economic losses that will result with lost tax revenues and higher energy costs. This excellent article provides a lot of information to help build a solid case for reversing the decision. National security may also be an issue.
RELATED COMPANIES
Company: Noble Energy more info
Company: Delek Energy more info