US Municipalities Differ on Approach to Fracking, Despite Benefits 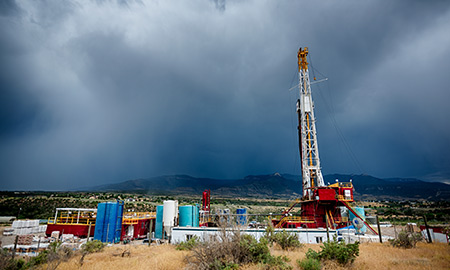 Hydraulic fracturing has occasionally resulted in voter action in the US, but better communication and more information could lessen discord, according to the oil and gas industry.

The combination of horizontal drilling and hydraulic fracturing – fracking – has contributed greatly to job growth in a number of areas, and to economic growth in the general economy. Fracking has enabled the country to substantially increase its energy security, while also keeping a ceiling on oil and gas prices. However, as fracking has grown in popularity among exploration companies, drilling operations have inevitably crept closer to cities, towns and rural areas where people live. This has resulted in restrictive setback laws in some locales, as well as outright bans on fracking in others.

That decision was made moot when New York Governor Andrew Cuomo’s administration announced in December 2014 that the state was going to enact a permanent ban on fracking beginning early in 2015, following a long-awaited report concluding that fracking poses health risks. With the decision, New York joined Vermont as the only states to have enacted statewide bans on fracking.

Across the country in Colorado, Governor John Hickenlooper was able to get the energy industry and environmental and neighborhood groups to drop competing voter initiatives for and against fracking by appointing a task force to examine the issues raised by the two sides, and then make recommendations regarding how close to residential dwellings oil and gas drilling may be done.

One of the most surprising results regarding fracking ballot initiatives occurred on election night, when Denton, Texas residents voted to ban fracking within city limits. Oil and gas exploration and production is sacrosanct in Texas, and the outcome of the vote was not expected. While there were 1,200-foot setbacks in place on all new drilling, existing wells that had been drilled before the residences were built were not subject to them, thus prompting the ballot initiative.

While the Denton fracking ban was the perhaps the most attention-grabbing election night result, there were ballot measures on fracking in other locales, as well. The results of those measures were mixed. A successful ban was passed in Athens, Ohio – making it the state’s fifth city to ban fracking. However, three other Ohio municipalities – Gates Mills, Kent and Youngstown – voted against bans.

California also had ballot initiatives on fracking, and just as in Ohio, the results were mixed. Two California counties, Mendocino County and San Benito County, passed bans, while in Santa Barbara County, a ban on fracking was rejected, according to The Daily Caller.

The voter-approved bans on fracking must surely serve as a wake-up call for the industry, which knows that there could be more voter initiatives placed on the ballot in the future. The industry must learn to be more proactive in the future in order to ward off calls for such bans.

Part of the solution for the industry is to do a better job of communicating with the public about the financial benefits that the industry provides to communities in areas where there is drilling activity, according to Texas oilman Mark Plummer, Chestnut Exploration Companies CEO.

“I think oil and gas companies can do a lot better job of communicating with the local companies that they operate in, and with the public in general about the benefits of oil and gas,” Plummer told Rigzone. If you took Texas and made it into its own country, it would still be one of the largest economies in the world. A lot of that has to do with oil, which has created, and continues to create, an economic boom.”

Municipalities that ban fracking cost themselves, and their states, significant job growth and economic activity, as well as a substantial amount of money in the form of tax income and revenues to local school districts, according to economists like Dr. Ray Perryman, the president of The Perryman Group. Perryman has done an economic analysis on the Barnett shale formation near Denton.

The economic benefits for the overall economy from the oil and gas industry “are immense, and the Barnett Shale continues to generate a significant stimulus,” Perryman said.

A ban on fracking could cost Denton up to $251.4 million in economic activity and 2,000 jobs over the next decade, Perryman said in a report.

Bans on fracking also slow oil and gas production, according to industry analysts like David Holt, Consumer Energy Alliance president. In an article to The Eagle, A Bryan-College Station, Texas news agency, he said that no one wins when voters ban fracking.

Denton “is now an example of what happens when politics wins out,” Holt said. “Expect consumers and residents to make up the difference, especially if a long, expensive legal battle ensues. Hydraulic fracturing and horizontal drilling are nothing new, especially in Texas. What is new are the recent calls for drilling restrictions by activists who also are trying the kill the Keystone Pipeline, Offshore energy development, transmission lines for wind and solar electricity and almost every other energy development plan in America.”

The use of hydraulic fracturing has actually helped the United States reduce carbon emissions, Holt said, adding that fracking does not cause the kinds of environmental effects that many people think, and that the environment need not be sacrificed for the sake of drilling.

“We need to continue holding the industry to a high standard on health, safety and the environment, but we can maintain this standard while still reaping the economic benefits of drilling for oil and natural gas.”