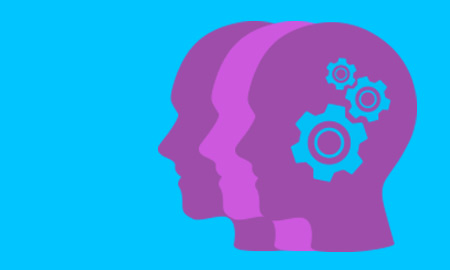 Instep training center, owned by Petroliam Nasional Berhad (Petronas) is ramping up its student intake to 1,700, a sign of the Malaysian national oil company’s (NOC) commitment towards recruitment and training even under the current unfavorable oil price environment.

Responding to a question from Rigzone, Instep CEO, Chandramohan Saminathan said Petronas has not signaled any cuts in staff training for now.

Conceding however, that cost cutting measures could be implemented across the industry, Chandramohan said the bigger picture remains unclear for other oil and gas companies.

The Terengganu campus of Instep – also known as Institut Teknologi Petroleum Petronas – presently has 1,000 trainees under its enrolment.

At present, the projected expansion of intake is primarily driven by the staffing requirements in Malaysia.

Over the last five years, Petronas has – along with other field operators in Malaysia – embarked on several large-scale projects, most notably, the Refinery and Petrochemicals Integrated Development in Pengerang, Johor Bahru.

The construction of the RAPID project alone will generate thousands of jobs in Malaysia, which in turn, fuels demand for related training courses at Instep.

Instep has 360 trainees on board for downstream operations and another 375 for its upstream programs.

The numbers have been kept at 375 for the moment, to maintain a 1:15 instructor to trainee ratio.

Instep to Boost International Enrollment After 2017

Barring any further new oil and gas projects in Malaysia, Chandramohan foresees domestic training demand will peak in 2017. Thereafter, Instep will have to “substitute [the numbers] by bringing in trainees from overseas.

Instep has already been providing training support for Petronas’ international operations, including in Myanmar, Sudan and Iraq.

Its flagship Petroleum Technology Program (PTP) provides customized one-year training for diploma students shortlisted by Petronas, who upon graduation as engineers and technicians, are absorbed by the Malaysian NOC and other oil and gas companies active in Malaysia.

In July, Instep started taking in graduates sponsored by oil and gas companies under a new one-year Prodigy program. The first batch of 26 recruits comprising a large majority from Sarawak, are set to graduate with international certifications that will boost their employability in the oil and gas sector, according to Chandramohan.

Instep has also in place a third Upstream Operations Induction Program, providing advanced training for new recruits within between 1 and 3 years of employment history at Petronas.

Chandramohan sees potential in opening these programs to individual applications as early as from 2017, when Instep is expected to meet the training demand from oil and gas companies in Malaysia. 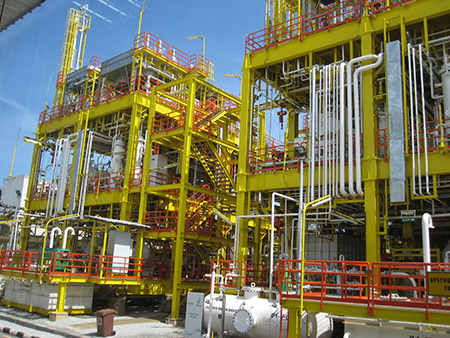 Trainees at Instep had previously been dispatched to live plants, but since March, the Petronas-funded training institute has begun simulated training at purpose-built upstream and downstream plants on campus.

Petronas has invested $70 million to build two replicas of offshore platforms and a third refinery for training purposes at Instep.

With the two upstream plants and the refinery now in place, training can now be conducted in a controlled environment without being subject to restrictions from live operations. 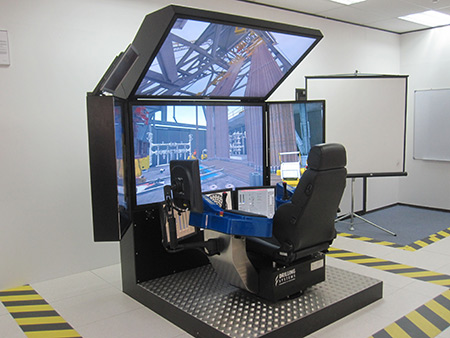 The designs for both the upstream and downstream plants are based on operational pressures of 7 to 12 BarG and temperatures not exceeding 120 degree and 160 degree Celsius, respectively.

These parameters provide for training to be conducted in a safer environment at lower pressures and temperatures as compared to those of live plants.

Petronas has roped in Petrofac Ltd. to build and provide experiential training at the two upstream plants.

Chandramohan touts the Instep campus as one of its kind “state-of-the-art facility” in the region.

With the enhanced training capabilities, Instep, along with three other Petronas’ educational institutes – University of Technology Petronas, Malaysian Maritime Academy and Petronas leadership center – will work towards developing Malaysia into “the regional learning hub for the oil and gas industry,” Chandramohan said.

Instep has to grapple with the challenge of recruiting competent trainers. The training center has introduced reward mechanisms to encourage staff members of upstream and downstream plants to come on board to coach trainees on short-term courses ranging from a few days to several weeks.

Instep has also alliances in place with some industry players. Its multi-year partnership with Petrofac also calls on the oilfield services contractor to take charge of training sessions at the plants.