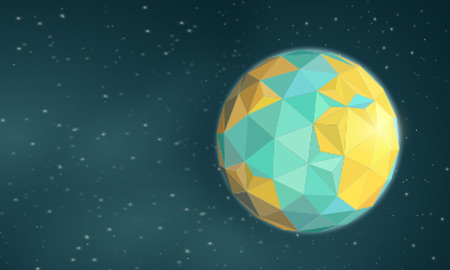 Analyst John Kemp discusses the portrayal of North Dakota in a recent publication in which the article "tells only part of the story".

LONDON, Nov 24 (Reuters) - The State of New York produced just 1,000 barrels of oil per day in 2013, but consumed almost 620,000 barrels per day of refined fuels, according to the U.S. Energy Information Administration.

Virtually every gallon of gasoline which New York motorists put into their cars, and the fuel oil used to heat their homes and offices through the long, cold winter, was refined from oil produced outside the state.

Some of that crude came from states such as North Dakota, Texas and Alaska, and the rest from foreign suppliers like Canada, Saudi Arabia, Venezuela and Nigeria.

In common with other metropolitan areas, such as Washington, London or Paris, the lifestyle New Yorkers enjoy depends on oil and gas produced in other places and communities.

It is worth remembering that when sitting in a comfortable office in a big city reading about all the problems associated with oil and gas production.

On Saturday, the New York Times published a carefully researched essay chronicling "The Downside of the Boom" about how "North Dakota took on the oversight of a multi-billion dollar oil industry with a regulatory system built on trust, warnings and second chances".

It discusses in detail the accidents, blow outs and spillages which have accompanied the state's oil boom, with interviews, data analysis and illustrations.

The whole article is well worth reading but it tells only part of the story and ultimately fails to present a balanced picture of the costs and benefits associated with oil production.

Like many other articles published in the great metropolitan newspapers from New York, Washington and Los Angeles, it presents a picture of a rural Arcadia despoiled by careless oil and gas producers.

The reality is rather different. For most of the last century, North Dakota has been a poor rural economy struggling to make a living from farming.

Until the oil boom started around 2006, incomes in North Dakota had been far below the national average for most of the last 80 years.

During the late 1980s and throughout the 1990s, average personal income in North Dakota hovered at just 80-85 percent of the national level.

By contrast, average incomes in New York were almost 50 percent higher at 120 percent of the national average, according to the U.S. Bureau of Economic Analysis (http://link.reuters.com/cyh53w).

In 1995, North Dakota was ranked 42nd out of the 50 states in income per capita. Only Kentucky, Oklahoma, New Mexico, Utah, Montana, Arkansas, West Virginia and Mississippi were worse off.

North Dakota's average per capita personal income in 1995 was only $2,000 per year higher than Mississippi, the poorest state in the union.

The oil boom has changed all that. By 2013, North Dakota's average personal income ranked it 7th in the country. Only Connecticut, Massachusetts, New Jersey, New York and Maryland were better off. (See graphics: North Dakota income per capita and North Dakota rank in the United States)

It is worth noting that with the exception of New York's 1,000 barrels per day, none of those states produced any oil at all in 2013, according to the Energy Information Administration, despite consuming millions of barrels per day between them.

Oil production has played a vital role in pulling North Dakota out of relative poverty and revitalising the state's economy.

North Dakota's shale oil, together with similar production in Texas, Oklahoma, New Mexico and Colorado, has brought the cost of driving and heating down for all American households.

It is North Dakota's oil that has reduced U.S. dependence on overseas supplies and given policymakers the freedom to pursue a more confident sanctions policy towards Iran.

And it is North Dakota's oil that has lessened reliance on imports from countries with poor records on human rights and environmental safeguards.

None of this is meant to excuse spillages, blow outs and pollution, or suggest the industry, regulators and politicians should not pursue constant improvements.

But it is important to keep pollution problems in perspective. Every economic activity entails some risks. The point is to manage them.

Hazards are not restricted to oil and gas. Few commentators like to acknowledge the pollution associated with producing the rare earth elements essential to much modern clean technology.

Nor are the hazards restricted to shale. Far more pollution has been caused by conventional onshore and offshore production over the decades.

North Dakota's track record on pollution control and safety is considerably better than alternative sources of U.S. fuels such as Nigeria or Venezuela.

The Times article implies North Dakota's politicians and regulators were not up to the job and should have pursued a more aggressive and confrontational approach with oil producers.

However, that is both unfair and unrealistic. Adopting the sort of zero-risk, zero-tolerance approach which the Times advocates would have ensured the shale boom never happened.

New York still has some of the highest gasoline prices in the country. But thanks in large part to North Dakota's shale oil, New York motorists can now fill up at around $3.30 per gallon versus the $4.30 they were paying in the summer of 2008.

Thanks in large part to North Dakota's shale, the average U.S. household saves more than $2,000 per year on fuel as a result of the recent drop in oil prices.

Journalists are instinctively sceptical about the oil and gas industry, and petroleum producers repay that with open hostility towards the "liberal" metropolitan media.

The challenge for both sides, but especially the media, is to reach a more balanced and nuanced understanding of energy production, which takes account of all the benefits as well as the price which is paid, and realises there are no risk-free options. 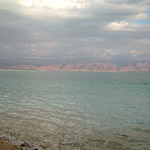 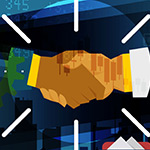 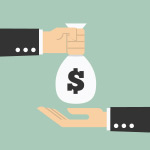 ND Landman  |  November 25, 2014
As someone who deals with surface owners for a living out in western ND, the Times narrative on pollution and spills is so overwrought. To their credit, surface owners are extremely diligent in looking after their property, if there are spills or other forms of pollution on their property then you certainly hear about it. I hear far more complaints about dust and weed control than I ever do about oil or chemical spills.
Phillip Martellaro  |  November 25, 2014
Very well written counterpoint to the NYT article. It is true that our nation has better regulation over industry than most of the world. Our lifestyle in the US depends on energy and while we can minimize our environmental impact it will never be zero. Subaru touts a zero landfill plant, but this is only a marketing gimmick to appease a very left customer base. You cannot build a car without waste, in this case they have others create the waste. New York City does not want a single power plant near them but they certainly want, need and demand electricity as they should. The want, need and demand should come without hypocrisy of where that energy comes from.
Joe  |  November 25, 2014
Very good article. Wish there was more truth and unbias reporting of the facts. Seams like everyone has an agenda.