Kemp: Keystone Is Dragging Down The Democrats 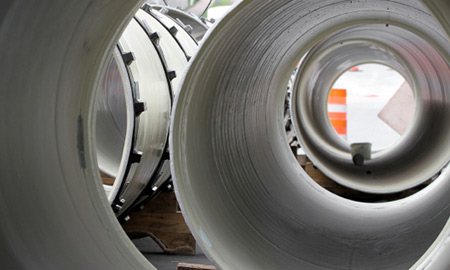 The Keystone pipeline has assumed a symbolic importance in the struggle between fossil fuels and renewables out of all proportion to its practical significance for either side.

LONDON, Nov 19 (Reuters) - "Keystone" would be a fitting epitaph for Democratic lawmakers, who will lose their majority in the United States Senate in January 2015.

By voting against the Keystone bill on Tuesday, Senate Democrats have effectively ended the re-election hopes of Mary Landrieu, a member of their own caucus from the strongly pro-oil and pro-pipeline state of Louisiana who is locked in a run-off after failing to win an outright majority in the mid-term election earlier this month.

But the never-ending battle over the pipeline has inflicted much broader damage on the electability of congressional Democrats and the credibility of President Barack Obama.

Polls show majority support for the pipeline, especially among the white working class and union voters that used to be the bedrock of the Democratic Party but which it has increasingly lost to the Republicans in recent elections.

But opposing Keystone has become a key test for environmental campaign groups as well as hedge fund billionaire Tom Steyer and much of the clean technology industry.

The pipeline has assumed a symbolic importance in the struggle between fossil fuels and renewables out of all proportion to its practical significance for either side.

The result is that both sides are locked in a bitter fight to the death - and the casualty has been the Democratic Party.

Let The Process Play Out

Officially, the Obama administration has not taken a view on the pipeline's merits. It says it is still waiting for the outcome of a court case in Nebraska, one of the states along the proposed route, and for the State Department to make an official recommendation about whether the pipeline is in the U.S. national interest.

In the meantime, the White House, backed by many Democrats in both the House of Representatives and the Senate, insists the decision whether to authorise construction must be made by the president, not Congress.

"The president believes that this is something that should be determined though the State Department and the regular process that is in place to evaluate projects like this," his spokesman told reporters recently.

"Congress is not - and nor should it be - in the business of legislating the approval or disapproval of a construction project," echoed Angus King, an independent senator from Maine, who caucuses with the Democrats.

In practice, the administration has repeatedly deferred a decision, apparently hoping to put it off until after the president leaves office, to avoid making a choice which will make the president very unpopular with one side or other.

The president himself appears uninformed, or badly briefed, about the pipeline and about energy policy more generally despite its fundamental importance to Canada, the country's closest neighbour and ally, and the U.S. economy.

Asked about the pipeline last week, he said simply: "It is providing the ability of Canada to pump their oil, send it through our land, down to the Gulf, where it will be sold everywhere else. That doesn't have an impact on U.S. (gasoline) prices."

For the White House, energy policy begins and ends with climate change. There is strong interest in clean technology and greenhouse gas emissions but no interest at all in, or active hostility towards, oil and gas production, let alone coal, or issues about energy reliability and affordability.

The president has been fortunate to preside over a surge in U.S. oil and gas production that has lowered prices and bills for American households and businesses.

It has largely ended fears of being held to ransom by overseas energy suppliers and given the country a new sense of energy security and confidence. But none of that can be traced to the policies of his administration.

Instead, his tergiversations on Keystone have contributed to a sense the administration is in thrall to anti-pipeline campaigners but doesn't accord the same priority to energy production.

It feeds into a wider perception that the White House is disconnected from the concerns and values of ordinary voters.

There is a sense the administration plays an "all or nothing" game that brooks no compromise with anyone who takes a different view.

And it makes it hard for congressional Democrats from fossil-fuel producing states or states reliant on energy-intensive industries to remain competitive.

Democrats from net energy-producing states, most of which are big producers of coal, oil or gas, are rapidly becoming extinct in the Senate and House.

In coal-producing West Virginia, once a reliable source of support for Democrats, the party has been almost wiped out at federal level.

None of this appears to concern the White House, which seems to believe Congress is an optional extra part of the federal government, and winning legislative elections is unimportant because the administration can govern on its own.

But elections have consequences, as Obama himself once noted about his own victory in the 2008 presidential election.

In the aftermath of the Keystone bills' defeat, unnamed administration sources have been briefing reporters that the president could be open to a compromise in future, but it is difficult to envisage one.

More generally, if the administration cannot compromise with Congress on an issue which is so substantively trivial, how does it hope to find compromises on more difficult issues like immigration and tax reform.

The other victim of the delay over Keystone may be the pipeline approval process itself, and more broadly the system of environmental impact reviews required by the National Environmental Policy Act (NEPA).

Passed by a Democrat-controlled Congress in 1969, but signed into law by Republican President Richard Nixon, the act has for most of its existence enjoyed strong support from both the major political parties, as has the separate presidential pipeline permitting process.

But the seemingly endless reviews, delays and court challenges which NEPA has spawned in the case of Keystone and other energy infrastructure projects, have become a target of increasing criticism.

It has become a mechanism for environmental campaigning groups to tie up projects indefinitely in the hope delay will kill them. Unsurprisingly, many in the energy industry, and among congressional Republicans, now want to re-open NEPA and streamline the review process.

That may or may not be a good idea. But the six-year delay on Keystone, with still no resolution in sight, is hardly a good advertisement for environmental reviews and presidential permits.

Keystone deserves a final Yes or No answer. Anything else diminishes the president and makes a mockery of the decision-making process.