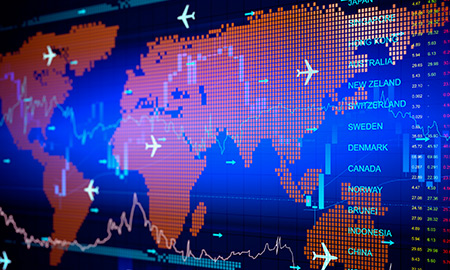 Demand for oil in 2015 will grow far slower than previously forecast as global economies remain weak, the IEA says.

LONDON, Oct 14 (Reuters) - Demand for oil in 2015 will grow far slower than previously forecast as global economies remain weak, the International Energy Agency said on Tuesday, and prices may extend their sharp fall so long as OPEC shows no sign of countering a supply surge.

It said demand would be supported by prices near four year lows - oil is around $88 a barrel from above $115 in June, a 25 percent drop resulting from a boom in U.S. shale oil production, slow global growth and a strong dollar.

But it added that those low prices would remain under pressure because of supply levels: Global oil supply rose by almost 910,000 bpd in September to 93.8 million bpd, almost 2.8 million bpd higher than the previous year.

In a rare IEA comment on OPEC's strategy, its chief analyst Antoine Halff said the producer group may no longer be willing or able to adjust production as the market has been transformed by the U.S. shale oil revolution.

Some OPEC members whose budgets depend on oil might prefer to keep selling at lower prices than lose their part of the market.

"We should not expect OPEC to necessarily play its traditional role of swing producer," Halff told Reuters on Tuesday, adding that other players with higher production costs might cut instead, such as those extracting from deepwater or oil sands.