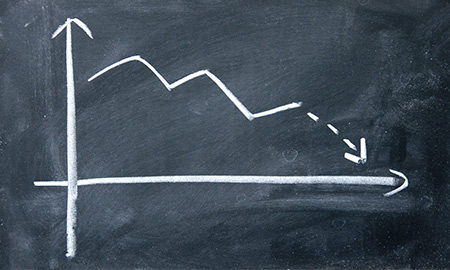 This year's fall in energy prices is hastening the decline of big oil, as the seven Western majors sell-off assets, cut investment, return money to shareholders and shrink in size.

LONDON, Oct 9 (Reuters) - This year's fall in energy prices is hastening the decline of big oil, as the seven Western majors sell-off assets, cut investment, return money to shareholders and shrink in size, leaving ever more output to small producers and state firms.

Companies that were already deep in the red when the price of Brent was at $109 a barrel last year are having to redraw business plans for prices as low as $90.

With promised shareholder dividends probably untouchable for now, they will have to divest, cut costs and borrow more against a smaller business just to make ends meet. And unlike in previous downturns, they are no longer big enough to ensure that their own cutbacks will drive prices and profits back up.

They generated $207 billion of operating cash flow but invested $209 billion in capital expenditure and returned $53 billion to shareholders in dividends.

All have promised investors to do better this year by cutting their capital investment and operating expenses - which mushroomed in recent years on the back of cost overruns and delays at projects such as Kashagan in Kazakhstan or Gordon in Australia - both estimated to cost over $50 billion.

But the latest drop in oil prices to a two-year low leaves few options other than to continue shrinking by selling projects, oil fields and refineries.