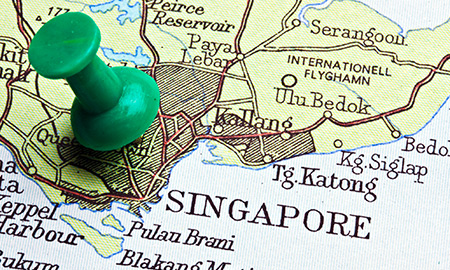 Small medium enterprises in Singapore are taking steps to deal with domestic and external challenges affecting the oilfield services industry.

Small medium enterprises (SME) offering oilfield services in Singapore are experiencing intense competition. The scramble for such contracts has become more intense as large petroleum firms have been pressured by shareholders to rein in capital expenditure (capex) for exploration and production (E&P).

Many local, including SMEs, and foreign firms in the marine and offshore sector based their operations in Singapore in order to capitalize on the latter’s strategic location in Southeast Asia. Using their Singapore base, they support the petroleum industry in the region, which is home to major oil and gas producers such as Indonesia and Malaysia.

In recent years, smaller companies had contributed less revenue to Singapore’s marine industry, inclusive of those in the offshore sector. In 2011, these firms generated $2.75 billion, or 26.8 percent, of the $10.25 billion in industry revenue, but declined to 17.3 percent last year, when their contribution was at $2.08 billion compared to the sector’s turnover of $12.05 billion. 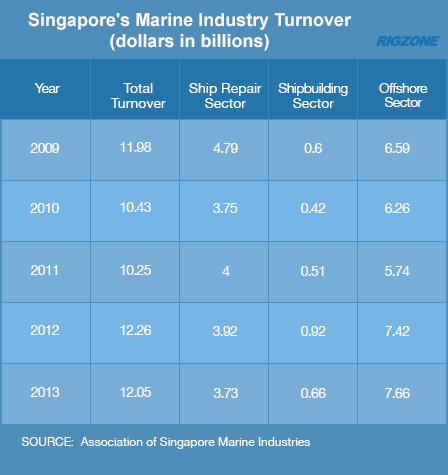 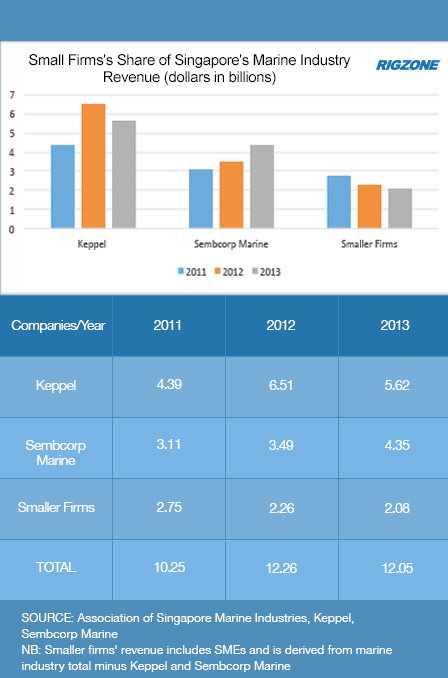