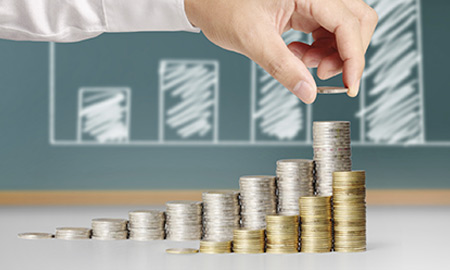 Domestic unconventional oil and gas production will help raise US energy exports by about 5% per year through 2030, according to HSBC's Global Connections Trade Forecast.

The rapid rise in U.S. unconventional oil and natural gas production will help boost U.S. energy exports by around 5 percent per year through 2030, according to the September 2014 U.S. HSBC Global Connections Trade Forecast.

Imports of petroleum are expected to decline from 12 percent in the near-term to 7 percent in the long-term, according to HSBC report, which highlights the global trade outlook for the United States by sectors such as energy and healthcare.

Chemical plant expansions and liquefied natural gas (LNG) terminal upgrades, coupled with the opening of Mexico’s energy industry to foreign investment, are expected to result in a new export boom for Houston and to create over 55,000 new jobs, according to a May 2014 report by HSBC. The massive investment in chemical plants and LNG export terminals has fed a second boom as Houston’s engineering, construction and fabrication firms design and construct these plants.

Innovations in hydraulic fracturing and directional drilling, which have unlocked the United States’ shale resources, is behind this boom, HSBC said in the May 2014 report. Local firms that supply the chemical and energy industries also will see their business grow as clients demand more of everything they need to expand overseas operations.

The United States’ rise as a major player in global energy markets is of particular importance for U.S. trade, as the rapid rise of U.S. unconventional oil and gas production cut the U.S. petroleum balance by nearly 50 percent since year-end 2008.

“While the ban on crude oil exports is unlikely to be lifted soon, exports of refined products will contribute to export growth in the years to come,” according to HSBC.

U.S. exports are expected to grow by approximately 6 percent each year through 2030. China and India are predicted to be the best trade prospects for the United States, with U.S. export growth estimated to average 9 percent per year to each country through 2030, HSBC said.

On a global basis, trade is expected to rise by 8 percent per year starting in 2016 from 2.5 percent in 2013. Longer term forecasts indicate global merchandise trade will more than triple by 2030 from 2013 levels as businesses capitalize on the rise of the emerging market consumer and developing markets stabilize their productivity levels for the future, according to HSBC.

Philippe  |  September 17, 2014
The story that no one wants to acknowledge, Europe is entering an economic impasse that it refuses to face directly. Europe does not have its own energy, aside from coal. The politic of the green lobby wants to, absolutely, dictate a green energy policy. The mind set in Europe does not totally disagree with this green energy, the climate change with its un-collaborated fall out. This is a suicidal policy in the making. The European population is, first, made of “Blue Collars” which require “Blue Collar” jobs. These jobs are, and have, been available from a heavy industrial complex. Heavy industry requires energy by the MMWatts, which can only derive from energy from nuclear power plants, oil and the big elephant that is Natural Gas. Nuclear is out, although no major accident has occurred in Europe. The US has had one and the Japanese is the main reason that has re-enforce the “NO Nuclear” policy. Oil and Gas are available from unfriendly sources: Russia and the Middle East. As the Middle East politic change, so will be the price of the crude. The cost of gas is tied to the BTU of the barrel of crude, free market offer/demand do not reflect a competitive price as the Henry Hub price does to the US market. Europe will have to buy US LNG if it wants to stay competitive on the industrial world market. The US energy market is entering a pro economic climate that will last long time. This US government is confused on several fronts. With time it will change, and the US will be in an economic boom again. Europe will one more time see the US the friendliest partner.