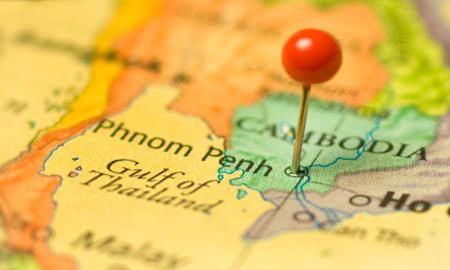 A tinge of optimism has returned to Cambodia's petroleum industry amid recent developments at its sole commercial oil discovery offshore Block A.

Recent events, triggered by Singapore-based KrisEnergy Ltd.’s acquisition of Chevron Corp.’s entire stake in Cambodia’s Block A in the Gulf of Thailand, may possibly end the stalemate to develop the country’s only oil discovery to date. The prospect has also rekindled hopes in Cambodia to develop its petroleum industry.

Despite being surrounded by petroleum producers in neighboring Thailand and Vietnam, Cambodia currently produces no oil or gas and is wholly dependent on costly imports to meet its domestic needs. Last year, the Southeast Asian kingdom consumed around 47,490 barrels a day of petroleum, according to the U.S. Energy Information Administration.

The absence of petroleum discovery in Cambodia was not due to a lack of interest. Petroleum exploration in fact dates back to the 1950s, when China conducted geological surveys in the country although nothing of significance occurred until 1991 when onshore Blocks I to IV were awarded in Cambodia’s first bidding round, followed by two more blocks (V and VI) in 1998.

Three onshore production sharing contracts (PSC) were awarded to foreign firms, Cambodia National Petroleum Authority (CNPA) – the state agency tasked to oversee the sector and now the General Department of Petroleum (GPD) in the Ministry of Mines and Energy (MME) – indicated on its website. They included: 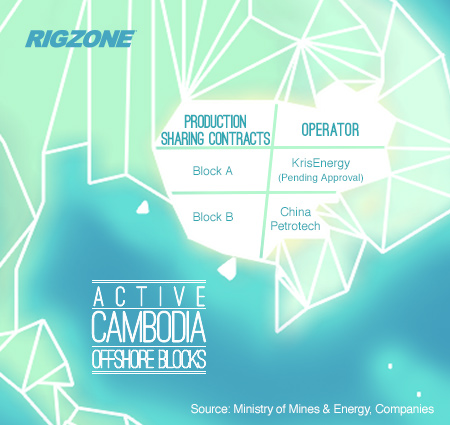 Meanwhile, Cambodia awarded six offshore blocks (A to F) for exploration to foreign firms but companies like MedcoEnergi and Thailand’s PTT Exploration and Production Co. plc. have since relinquished their acreages. However, Block A has been declared a commercial discovery by Chevron in August 2010 after the U.S. operator first found oil there in 2004.

Chevron Exits Block A in KrisEnergy Operator Takeover as Operator