In Keystone Pipeline Debate, Nebraska High Court Will Have Sway 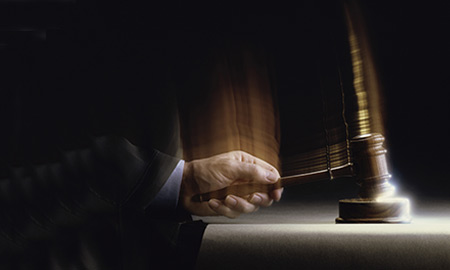 Nebraska's top court is set to hear arguments about how the Keystone XL pipeline might cross the state.

WASHINGTON, Sept 4 (Reuters) - Nebraska's top court will hear arguments on Friday about how the Keystone XL pipeline might cross the state - a narrow question of routing and permitting that has clouded the project's fate after more than five years of wrangling at the federal level.

At issue is a 2012 law that gave Governor Dave Heineman authority to approve a route for TransCanada Corp's proposed Canada-to-Texas project.

Siting issues are typically settled by the state's Public Services Commission (PSC). In February, a Nebraska court ruled that the governor had been wrong to interrupt that process.

The decision was a win for landowners and environmentalists who oppose the Keystone project, aimed at transporting at least 730,000 barrels per day from the oil sands region of Western Canada to Gulf Coast refineries.

The Nebraska court decision forced the U.S. State Department to put on hold its review of project pending a resolution, which might not come until early 2015.

Because the pipeline would cross the U.S.-Canada border en route from Alberta to Texas, the State Department must either bless or reject the proposal based on its evaluation of the national interest.

If the Nebraska Supreme Court ruling favors TransCanada, State could quickly return to its review. But if the court rebuffs the company, a new bureaucratic process would begin that could keep the issue tied up in Nebraska at least through the spring.

A key question for the Nebraska court is whether the pipeline, which would simply cross the state, deserves the same scrutiny as a project meant to serve in-state customers.

The lower court, the District Court of Lancaster County, said TransCanada must be regulated as a "common carrier", a task that should fall to the PSC.

Lawyers for the governor, though, argued that projects such as Keystone which involve cross-state shipments can be approved through other channels.

The legislation "can be reasonably construed to apply to (the) route of interstate pipelines" which may be regulated outside PSC authority, the governor has argued in legal briefs.

TransCanada is braced for any outcome, although the current dispute is a narrow question of state law.

"We'll have to wait and see exactly how they rule and what direction they provide," said spokesman Shawn Howard.

Defining the Nebraska route has been one of the main challenges for TransCanada, adding bureaucratic delays and roughly $2.4 billion in costs.

Under an earlier routing plan, the pipeline would have crossed Nebraska's environmentally sensitive Sand Hills and parts of the giant Ogallala Aquifer, which provides much of the groundwater used for irrigation.

The state also lacked a pipeline siting law and the disputed 2012 legislation was intended to provide a process for Keystone and future projects to seek approval.

That legislation was "quite clearly enacted with TransCanada's Keystone XL pipeline in mind," judge Stephanie Stacy wrote in the February decision.

In the end, according to Keystone foes, TransCanada may have brought on further delays by encouraging legislation hand-tailored to resolve its specific concerns.

"They pushed a shortcut that proved to be unconstitutional," said Anthony Swift, a campaigner against the project with the environmental group Natural Resources Defense Council. 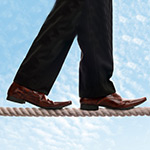 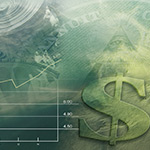 Musings: Further Proof Of Industry Change Due To Era of Austerity
by G. Allen Brooks 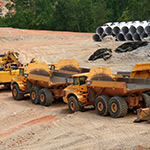