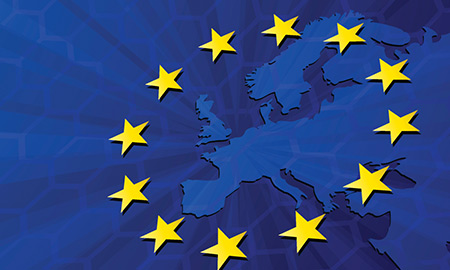 In spite of many Europeans' fears about what shale gas development could mean for their communities, a handful of European countries are taking small steps towards the introduction of fracking.

Towards the end of July, the UK government launched the 14th Landward Licensing Round, in which several companies keen on unconventional drilling for oil and gas in the country are expected to apply for licenses.

The use of hydraulic fracturing, or fracking, techniques in order to extract shale gas is controversial in the UK. Since the UK government ended its moratorium on shale gas fracking in December 2012, there have been a number of protests from environmental activists as well as local residents around the UK as potential sites have been earmarked by energy firms for unconventional drilling.

Nevertheless, despite opposition to fracking by a vocal green lobby and ordinary members of the public, the UK government is pressing ahead with its plans to facilitate a shale gas industry in the country, recognizing the need to access shale gas both for Western European energy security and to boost tax revenues.

Announcing the 14th UK round for onshore oil and gas licensing, the government revealed that potentially up to half of the UK's territory could be opened up for shale gas and shale oil development, as well as conventional oil and gas drilling.

But it is not just in the UK that the mood towards shale gas exploration and production is changing. Recent months have seen a handful of other European countries' governments soften their stance against fracking techniques and shale gas development.

While France's President Francois Hollande used Bastille Day last year to rule out any shale gas drilling during the term of his presidency, the country's neighbor Spain took steps this June to hasten the development of a shale gas industry. Spain's Constitutional Court threw out a law against fracking for shale gas and oil that had been put in place by the Spanish region of Cantabria in April 2013, explaining that the matter was up to the country's central government.

The move could pave the way for the development of a potential shale gas field in Spain that will stretch from Galicia to the Basque Country. The Jurassic-age marine shale in the Basque-Cantabrian Basin contains an estimated resources of 42 trillion cubic feet (Tcf) of risked shale gas in place, with about 8 Ttcf being technically recoverable (source: EIA/ARI World Shale Gas and Shale Oil Resource Assessment 2013).

Meanwhile Denmark, one of a handful of European Union countries that has an open-minded approach towards shale gas development, recently moved closer to drilling its first shale gas wells. In late June, the city council of the town of Frederikshavn gave permission to France's Total S.A., and Danish partner Nordsøfonden, to drill the country's first test wells for shale gas.

The granting of permission by the local council follows the issuing of two licenses to the companies by the Danish Ministry of Climate and Energy four years ago, giving the firms the right to search for and produce oil and natural gas in the north of the country. The licenses cover an initial six-year period during which the firms will be able to explore the subsoil in the regions for shale. Production of shale gas in Denmark could possibly start in 2020, according to Shale Gas Europe.

In Germany there have been recent moves to overturn the country's ban on new exploration of deep-lying (tight) gas resources using fracking techniques. The German government is working on new guidelines for fracking when it comes to exploiting these resources, but the government has also said it will not budge on its ban on fracking for shale gas.

German Environment Minister Barbara Hendricks was reported to have said in early July that they would be no shale gas fracking in the country "for the foreseeable future", and that the government would wait until 2021 before reassessing the ban. However, this may not be the end of the debate about shale gas fracking in Germany as EU Energy Commissioner Günther Oettinger, who is also a member of Germany's CDU party, then made an appeal to the German government for it to keep its options open when it comes to the development of shale gas reserves.

The governments of Poland and Ukraine have long supported shale gas development, mindful of the greater energy independence that the development of home-grown natural gas industries could give both countries from Russia – which last year supplied the EU and Turkey with some 5.7 Ttcf of gas (around one-third of the region's gas demand), according to Gazprom.

The current conflict in eastern Ukraine, and the associated dispute between the European Union and Russia, will doubtless focus a few more EU politicians' minds on whether the development of a shale gas industry throughout the region should become a priority. 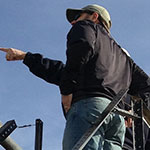 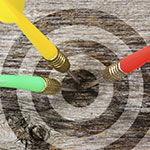 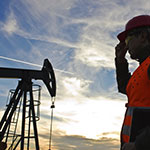