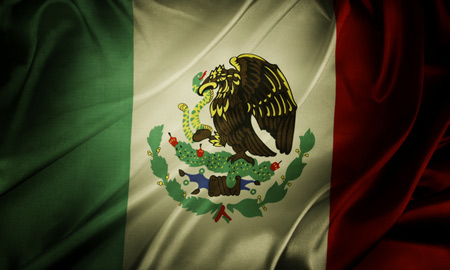 Mexico's Senate gives general approval early to a key bill to regulate the opening of the oil and gas industries to private investment, the centerpiece of President Enrique Pena Nieto's economic reform agenda.

The Senate voted 90-28 to approve the general outline of the hydrocarbons law, which details the rules for private contracts and fines, but lawmakers reserved dozens of articles for further debate before a final vote.

The bill fleshes out a historic overhaul of the state-run energy sector approved late last year and it will pass to the lower house from the senate.

Following a decade of falling oil and gas output, Pena Nieto pushed through a reform in December 2013 to end state oil giant Pemex's 75-year monopoly and allow for production and exploration by private companies.

The reform is the central plank of Pena Nieto's plan to boost growth in Latin America's No. 2 economy, which has lagged behind more dynamic emerging markets.

Senators are set to vote on three more energy bills, including one that opens up the electricity market to private companies.

J R  |  July 19, 2014
One thing to remember about Mexico"s oil and gas industry "reforms". No foriegn entity is/or will be as of the reforms, be allowed to own the oil ans gas of Mexico or to control the distribution of the hydrocarbons or of the pricing of such hydrocarbon. esentially Mexico is simply allowing foriegn companies to participate in the exploration and development and production of MEXICOs hydrocarbons subject to contracts that allow the foriegn companies to work in Mexico for Mexicos recovery of its oil and gas. A work contract, not a partinership ownership joint venture as in the U.S. energy industry. While the reforms may be an early step to ownership, the present reforms are simply work contracts for the foreign entities..
RELATED COMPANIES
Company: Pemex more info