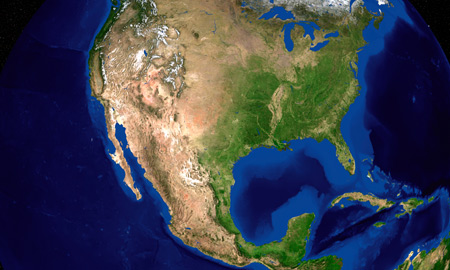 The company, whose services include seismic surveys that determine where oil lies under the earth's surface and hydraulic fracturing of wells, launched 47 new products and services in the second quarter.

"In North America, the trend of customers spending incremental op-ex towards production-related technologies is unfolding as we expected," Chief Executive Martin Craighead said on a post-earnings call. "We predict strong growth in this area for the foreseeable future."

Technologies developed in the last year or two contribute between 35-50 percent to the company's revenue, Craighead said.

Baker Hughes said it expects profit from operations to rise by 15 percent in the third quarter as increased drilling activity and an improving pressure pumping market lift revenue and margins in North America.

Pressure pumping business in North America had been depressed for the past two years as new equipment entered the market at a time when drillers pulled out of natural gas basins due to weak prices.

Pressure pumping is used in hydraulic fracturing to extract oil and gas from shale rock.

Baker Hughes said on Thursday that pressure pumping supply was now tightening, but that the market still had about 20 percent of excess supply.

"It does look like the fracking business has definitely bottomed out, it's just a question of how fast it's going to improve," Hodges Capital analyst Mike Breard said before Baker Hughes earnings were released.

Baker Hughes shares were down 2 percent at $72.69 in late morning trade on the New York Stock Exchange.

The company's international customers were spending more on well-construction services in all regions, Craighead said.

On an adjusted basis, the company earned 92 cents per share.

Analysts on average had expected earnings of 90 cents on revenue of $5.87 billion, according to Thomson Reuters I/B/E/S.

Baker Hughes shares, which touched a near three-year high of $75.64 earlier this month, have risen about 12 percent in the past three months.

(Reporting by Ashutosh Pandey in Bangalore; Editing by Maju Samuel and Sriraj Kalluvila)