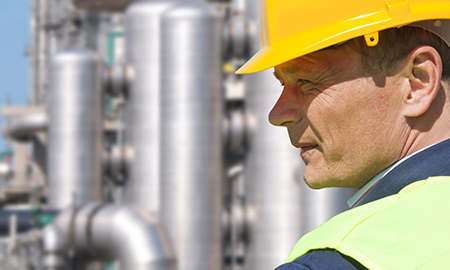 Petroleum engineers are among the best paid professionals in the US. Only chief executives and some specialist doctors earned more last year, according to federal government pay data.

LONDON, July 17 (Reuters) - Petroleum engineers are among the best paid professionals in the United States. Only chief executives and some specialist doctors earned more last year, according to federal government pay data.

These figures include everyone from the newest graduates to the most experienced engineers with decades of experience, and are based on median earnings in May 2013.

Petroleum engineers earned almost four times as much as the average employee across the economy, who was on just $35,000 a year.

Oil and gas specialists in all fields have benefited from the shale boom and the broader energy revolution sweeping the United States and Canada in the last ten years, with engineers leading the pack.

Petroleum engineers were already well paid; now they are very well paid. Between 2003 and 2013, pay for engineers with a specialisation in petroleum soared almost 60 percent compared with an average increase of just 25 percent across the whole economy.

Booming demand from employers and sky high salaries are pulling large numbers of extra specialists into the industry.

Enrolments at U.S. universities in graduate and postgraduate engineering programmes with a petroleum focus have more than doubled since hitting a low point in the late 1990s.

Absolute numbers of new graduates remain small, though they are rising quickly, as shown by the enrolment numbers published by the federal Department of Education.

The majority of the growth in numbers has come from many older petro engineers postponing their retirement, and engineers from other specialisms are transferring into oil and gas, in response to the strong financial incentives.

In case you were wondering, in professions outside engineering, lawyers make an average of $114,000, accountants average $65,000, and journalists take home just $36,000, or nearly twice that if they work in television.

Adam Smith's invisible hand is gradually working, drawing more people and resources into the sector, albeit slowly and with a delay.

Staff shortages and surging salaries have been among the biggest components in cost inflation for oil and gas companies since the start of the boom, together with the rising cost of steel and other raw materials.

But salaries are likely to rise more slowly in future, perhaps even fall, as the skill shortage eases over the next five years.

The precise outlook for pay depends on a number of factors.

Petroleum engineers have not always been this fortunate.

Many petroleum engineers and other oil and gas specialists are fairly old (the average age is over 43 years) and a large cohort is nearing retirement.

The relatively mature age structure of the profession is the legacy of mass layoffs and the shuttering of university programmes during the 1990s when oil prices were stuck in the doldrums.

The ageing workforce should keep the supply of engineers relatively tight over the next 5 years.

Salaries and job numbers also depend on oil and gas output and the amount of spending on exploration and production.

The oil and gas industries have always been strongly cyclical, and there is no reason to expect that to change in future.

The industry's expansion, in North America and globally, is now a decade old. With oil and gas markets well supplied, the next phase of the cycle is likely to see more consolidation, including pressure to improve efficiency and control costs.

Still there is no reason to expect the same sort of slump in investment and hiring the industry experienced in the late 1980s and throughout the 1990s.

Oil and gas production is becoming increasingly technical on a number of fronts, with deeper wells, at higher pressures and temperatures, more horizontal drilling, and increasingly demanding environmental regulations.

The shale boom is slowly spreading to other countries such as China, Russia and Argentina.

But the salary gap will continue to attract engineers from other fields, especially those in related disciplines like chemical engineering or even nuclear engineering.

And universities will continue to graduate increasing number of students with training in petroleum engineering, on average 500 per year more than a decade ago, and still rising.

So the outlook for petroleum engineers remains good, if not quite as heady as in the last decade.