Chinese Oil Rig Moved Away From Disputed Waters Off Vietnam 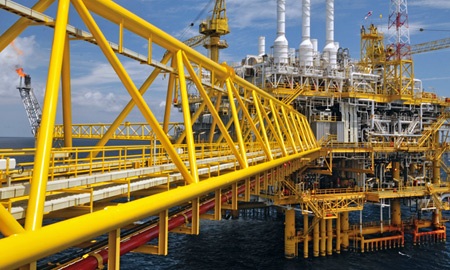 Chinese oil rig finishes exploration near the Paracel islands in the South China Sea, more than two months after its deployment damaged relations with Hanoi.

SHANGHAI/HANOI, July 16 (Reuters) - A Chinese oil rig has finished drilling near the disputed Paracel islands in the South China Sea after finding signs of oil and gas and is being moved away from the area, more than two months after its deployment damaged relations with Hanoi.

The Vietnamese coastguard said the $1-billion rig had been towed from contested waters. China's official Xinhua news agency said the rig would be relocated off the southernmost island province of Hainan. It gave no timeframe.

The rig's relocation could reduce tensions between the two neighbours after one of the worst breakdowns in ties since they fought a brief war in 1979.

Its movement toward Hainan is also likely to be welcomed by Washington, which had criticised China's decision to put the rig in waters disputed with Vietnam, calling it a "provocative" act.

Hanoi had said the rig was in its 200-nautical-mile exclusive economic zone and on its continental shelf. Beijing had said it was operating completely within its waters around the Paracel islands, which China occupies.

China National Petroleum Corporation (CNPC), the country's dominant oil and gas producer, said in a statement the rig "smoothly completed" its drilling on Tuesday and found signs of oil and gas. The next step would be to analyse the geological data and evaluate the layers of oil and gas, it said.

CNPC's preliminary analysis showed "the area has the basic conditions and potential for oil exploration, but extraction testing cannot begin before a comprehensive assessment of the data", Xinhua quoted Wang Zhen, deputy director of the CNPC Policy Research Office, as saying.

China had previously said the rig was scheduled to explore the waters around the Paracels until mid-August. It was not clear why it had finished one month ahead of schedule, although Xinhua said July was the beginning of the typhoon season.

China's popular Twitter-like microblogging service Weibo lit up with criticism of the move. Many people said the government had bowed to the United States, underscoring the domestic pressure Beijing faces to be tough in its territorial disputes.

But China's Foreign Ministry said the decision was made in accordance with commercial decisions and had "no relation to any outside factor".

The government also insists the area belongs to China and as recently as Tuesday told Washington to stay out of quarrels over the South China Sea.

Wu Shicun, president of the National Institute for South China Sea Studies, a Chinese government think tank on Hainan, said he believed the rig completed its work ahead of schedule because of good weather before the typhoon season began.

"The place has fairly good oil and gas potential. It looks promising," said Wu, an expert on China's energy ambitions in the South China Sea.

The rig was towed from its original position overnight to beyond what Hanoi considers its exclusive economic zone, Lieutenant-Colonel Ngo Minh Tung of the Vietnamese coastguard told a small group of reporters on one of the maritime agency's ships in the area.

"According to our assessment and the speed at which it was moving, the rig has left Vietnamese waters," Tung said.

The coastguard would stay in the area to protect Vietnamese fishing boats and the country's sovereignty, Tung added.

On Tuesday, the same coastguard vessel was chased off by a group of Chinese ships in what had been a near daily cat-and-mouse routine between boats from both sides since the rig was deployed on May 2.

The deployment was a major test for Dung, especially when deadly anti-Chinese riots broke out in Vietnam in May, triggering protests from China. Several people were killed.

It is China's newest and most advanced rig, and can drill in waters up to 3,000 m (9,840 ft) deep, about double that of the other two rigs China uses for deep sea work, industry sources say.

Discoveries near the coasts of Southeast Asian countries in recent years have been mostly natural gas, reinforcing the belief among geologists and explorers that there is more gas than oil in the South China Sea.

Chinese industry experts have said the rig had a good chance of finding enough gas to put the area into production. That would give China its first viable energy field in the disputed South China Sea, but make it a source of friction with Hanoi for years to come.

In a 2013 report, the U.S. Energy Information Administration, a government agency, said geological evidence suggested the Paracel islands themselves did not have significant potential in terms of conventional hydrocarbons.

However, the chance of making a major gas discovery near the islands was high because there had been several gas finds already in the area, experts have said.

Vietnam has two fields to the left of where the rig had been stationed, much closer to its coast, where U.S. giant Exxon Mobil Corp discovered oil and gas in 2011 and 2012.