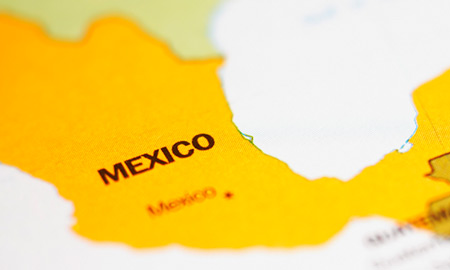 Mexican Senate committees give approval to a law at the heart of a package that will implement the opening of the oil and gas industry to outside investment.

The committees passed four bills fleshing out a historic overhaul of the state-run energy sector, including the power market. The bills will pass to the floor of the Senate on Thursday and then the lower house of Congress for approval.

The reform is the central plank of Pena Nieto's plan to boost growth in Latin America's No. 2 economy, which has lagged behind more dynamic emerging markets.

Pena Nieto presented a draft of the so-called secondary laws that are needed to implement the energy reform in late April, and lawmakers made several important changes.

Senators raised requirements for the amounts of local labor and materials investors will need to use in energy projects. The approved bill called for local content of 25 percent by 2015 that would rise to 35 percent by 2025.

The original draft set the local content bar at 25 percent by 2025. The changes keep the content requirements below regional rival Brazil, which has rates as high as 55 percent.

Jorge Lavalle, a senator for the center-right opposition National Action Party, which pushed through dozens of changes to the legislation, said the bills would pass to the full floor of the Senate on Thursday and should be approved by Saturday.

Once it reaches the lower house, the legislation will be presented with a separate section that sets out a new fiscal regime under the reform, and a planned oil wealth fund.

That would likely pass next week, sending the package of legislation back to the Senate for final approval, Lavalle said, forecasting that could occur in the final days of July.

Senators amended a section of the draft law that allowed for the expropriation of land containing oil or gas reserves. In its place, they put provisions that would allow companies to lease land and give owners a share of profits.

Among the bills approved by the committees was a hydrocarbons law, which sets out key elements of the energy reform, including contracts, fines and the ownership of Mexican oil and gas.

Opposition leftist lawmakers abandoned the committee meetings, saying the bills would give away the country's oil wealth to foreign companies.