Minister: India Disallows Reliance From Cost Recovery Of $2.4B 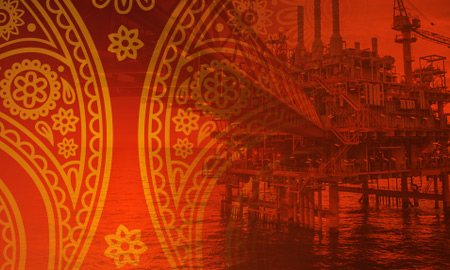 India has disallowed Reliance from recovering billions invested to develop offshore gas fields in the D6 block as output has fallen drastically and is way below promised volumes, the oil minister says.

NEW DELHI, July 14 (Reuters) - India has disallowed Reliance Industries Ltd from recovering $2.376 billion invested to develop offshore gas fields in the D6 block on the country's east coast as output has fallen drastically and is way below the promised volumes, the oil minister said.

Under India's exploration policy, the government allows companies to first recover their costs from oil and gas revenue, and subsequently share profits with the government.

Reliance had set up facilities to produce 80 million cubic metres a day (mmscmd), but actual gas production has been much lower, resulting in underutilisation and creation of surplus inventories, Dharmendra Pradhan told lawmakers in a written reply.

He said notices have been issued to Reliance, which is the block operator, for disallowance of cost recovery.

The D1 and D3 gas fields in the block were to produce at a peak rate of 80 mmscmd in 2012-13 but actual production never reached that level. In April-June this year, production from the two fields averaged just 8.05 mmscmd, he said.

Because of disallowance of cost recovery to Reliance and its partners BP and Niko Resources, the government has raised an additional claim of $195 million as profit petroleum for a period up to March 31, 2014, Pradhan said.

Reliance had said earlier that unexpected geology caused the decline in output and drilling more wells would not help, but this has been rejected by the oil ministry, which believes output has fallen due to non-drilling of the promised number of wells.

"The issue is currently under arbitration," he said.