Whiting To Buy Kodiak For $3.8B, Create No. 1 Bakken Producer 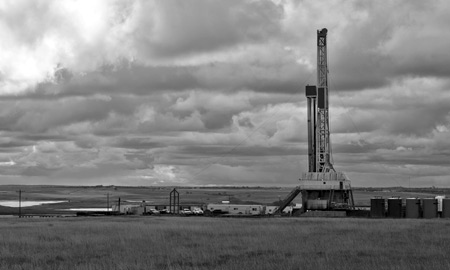 By surpassing Continental, Whiting is signaling its desire to become the preeminent player in what is considered one of North America's most-prolific shale formations, where more than 1 million barrels of oil are extracted daily.

"It's going to allow our production at the combined company to grow faster than Whiting standalone did before," Whiting Chief Executive James Volker said in an interview.

Whiting said the deal, valued at $6 billion when Kodiak's net debt of $2.2 billion is included, is expected to close in the fourth quarter. Kodiak shareholders will receive 0.177 share of Whiting stock for each share of Kodiak common stock they hold, representing a value of $13.90 per share based on the closing price of Whiting shares on July 11.

That would be a 5.1 percent premium to the volume weighted average price of Kodiak shares during the last 60 trading days.

Whiting's Volker added that the combined company will have greater access to capital which will accelerate development of oil production. The deal is expected to be accretive to the combined shareholders for cash flow, earnings per share and production per share for 2015 and beyond.

The companies' combined output from the Bakken/Three Forks formations in the first quarter was more than 107,000 barrels of oil equivalent per day, with 855,000 combined net acres and almost 3,500 net future drilling locations.