VNG Norge Discovers up to 25M Barrels in Norwegian Sea 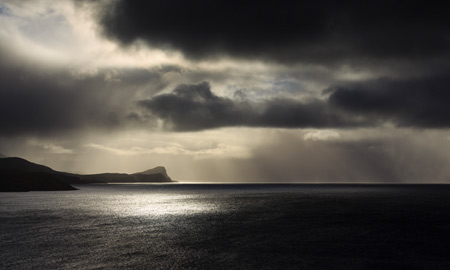 VNG Norge makes a new hydrocarbon discovery of up to 25 million barrels of oil equivalent near its Pil discovery well in the Norwegian Sea.

VNG Norge AS has made a new hydrocarbon discovery of up to 25 million barrels of recoverable oil equivalent near its Pil discovery well in the Norwegian Sea, its partner Faroe Petroleum plc reported Friday.

Faroe said the Bue side-track well (6404/12-3A), located around 1.5 miles northeast of the Pil discovery well, was drilled to a depth of 11,997 feet below sea level. Investigating reservoirs in the Middle and Upper Jurassic reservoirs in the Bue prospect, it found a 59-foot hydrocarbon column in rocks of what the firm described as variable quality. Pressure data indicates no communication between the Pil and Bue discoveries, which means Bue has now proven a separate accumulation of hydrocarbons.

After a data acquisition program was carried out, including a fluid sample, the operator's preliminary estimate of the gross size of the Bue discovery is between six and 25 million barrels of recoverable oil equivalent.

VNG has also advised its partners of an update to its estimate of gross recoverable resources at Pil, which it now believes contains between 72 and 172 million barrels of oil equivalent (MMboe). The previous estimated range was between 50 and 170 MMboe.

"We are very pleased to announce the results of this successful exploration side-track well on the Bue prospect, which proves further resource potential to add to the already significant Pil oil and gas discovery. The current resource range for the Pil and Bue discoveries together is now estimated to be between approximately 80 and 200 million barrels of oil equivalents (20 to 50 million boe net to Faroe), of which around 80 percent is estimated to be oil and condensate.

"The partners are now preparing next year's exciting exploration and appraisal program to assess the further upside potential in the license and evaluating different development alternatives."