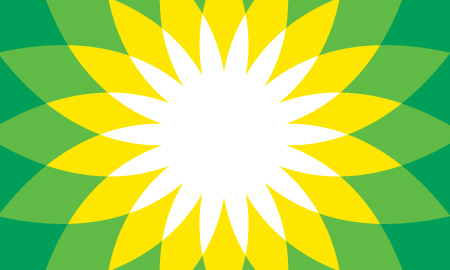 Rigzone talks to BP about its recruitment drive to find additional workers as it expands its Sullom Voe oil terminal, including an offshore solution to an onshore staffing problem.

One of the largest oil terminals in Europe, the BP plc-operated Sullom Voe site is located at the edge of Britain at the northern end of the largest of the Shetland Islands.

Built almost four decades ago, the Sullom Voe terminal covers approximately 1,000 acres. Its main purpose, according to BP, is to act as a buffer between the producing fields offshore and tankers waiting to ship oil to refineries worldwide. Currently, oil is imported to the terminal from more than two dozen oilfields in the east Shetland Basin, between Shetland and Norway, as well as from BP's west of Shetland Schiehallion field and the Clair oilfield (which came on stream in 2005). Gas is also imported from west of Shetland fields via a 20-inch pipeline.

Already established as a key component in BP's North Sea operations, Sullom Voe has a long future ahead according to the company. More than $25 billion will be invested in new developments west of Shetland by 2020, while the industry is looking at technical and commercial solutions to increasing recovery of resources east of Shetland.

In light of this, BP is investing up to $1.7 billion with its partners into the Sullom Voe terminal in order to enable the terminal to support the development of new fields and ensure the continuance of operations for existing fields. Part of this investment is the recruitment of an additional 100 personnel to work at the terminal.

BP's sales pitch to workers who might potentially move to Shetland in order to work at Sullom Voe includes Shetland's fantastic scenery and a welcoming local community in the islands, along with the fact that it takes just 50 minutes by plane to get there from Aberdeen. But the fact is that Shetland is one of the more remote places in the British Isles, lying some 110 miles north of mainland Scotland, so tempting workers there has had its difficulties according to Steve Cowie, BP Area Operations Manager at Sullom Voe.

"We started recruiting additional staff last year in the conventional manner – from the Shetland workforce – and we were finding it more and more difficult to get all the people we needed," Cowie told Rigzone.

An Offshore Solution for an Onshore Problem

So, BP decided to use an offshore solution to this onshore problem: use a rotational staffing system so that the additional personnel needed at Sullom Voe would work two weeks on and three weeks off just like they might do on any BP oil platform in the North Sea.

"We worked … to look at who we needed: the types of folks we needed, the types of disciplines we needed. I arrived at [at the end of last year] and we started rotation at the beginning of January," Cowie said.

"Now we're working through the operations team to bring people onto rotation … That includes operational team leaders, operational supervisors and operational technicians – the folks that run the terminal on a day-to-day basis. Also some of our fire team, emergency response team and support staff."

(Having to be entirely self-sufficient, Sullom Voe has its own fire brigade as well as a pollution response team.)

The Sullom Voe rotation system will be similar to those seen offshore in that BP wants to maintain a 24-hour, seven-day-a-week operation at the terminal as it carries out expansion work.

"As we move from not just operating but also doing a little bit more project work, we have to expand the number of staff to cope with that. So instead of having a lighter shift at weekends, we want to balance out the number of folks there right through the week, so that we can take an even approach to the work," Cowie said. 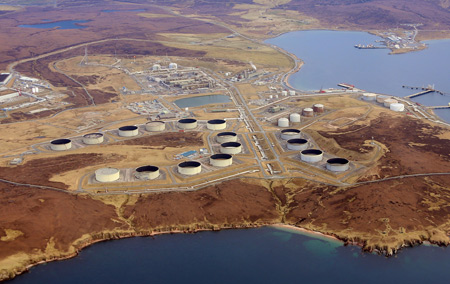 "There's three strands to the work. The equipment that's there now has been used since 1978. It's getting near to the point when we need to renew that. So, we have a renewal program, which is a major part of keeping the business running for the east of Shetland and helping to support the west of Shetland growth. That's the first piece.

"The second piece is that we're getting additional liquid from the Shetland gas plant. So that's going to increase the amount of volume going through the Sullom Voe terminal.

"Thirdly, to support the west of Shetland gas flow through the terminal and the need to sweeten it. We will need to build a treatment plant for that."

This accounts for the 100 extra personnel that Sullom Voe needs.

"That's the rotational folks. Those are the ones we're actively seeking now and throughout this year. They will form the additional BP staff who will be able to take up the additional work," Cowie said.

Permanent staff currently working at Sullom Voe are based locally, living close to the terminal itself and, in some cases, on close-by islands.

"For the additional rotational workers who we are recruiting now, we are planning a new accommodation complex, which will be near to the terminal within a short commuting distance. That will provide a place to stay for the rotational team," Cowie said. 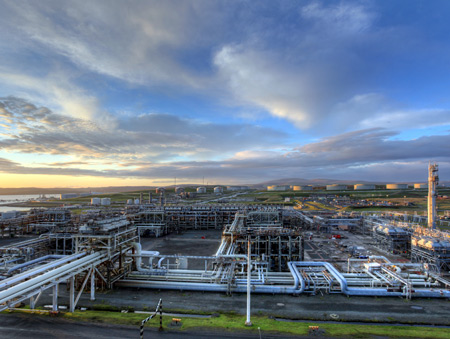 Many of the rotational managers and staff are coming from other BP projects, where they will have gained valuable knowledge that they can use at Sullom Voe.

"We're coming from other BP projects. If you take my own case, I've come from Angola in the last year and my 'back-to-back' is coming from a Norwegian project. So, we're certainly bringing people in with project experience to manage the construction and commissioning and start-up. And that's a specialist knowledge we have across the company," Cowie said.

"So there is a bit of knowledge exchange. We're also, from a technician's perspective, looking to areas like the onshore part of the Forties system as well. We're keen to get people with relevant experience coming into the terminal and on a rotational basis."