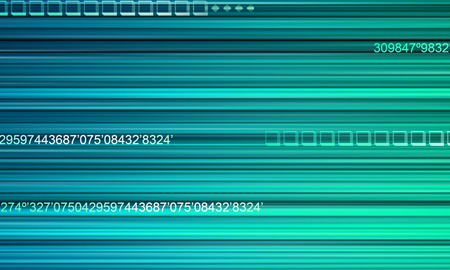 Testing is underway of sonic telemetry technology that a Canadian company says can deliver data at rates faster than existing methods.

Formed a year and a half ago, Cold Bore currently is raising funds for the testing and deployment of its tool, which can provide an alternative for electromagnetic and mud pulse technology in drilling, Brett Chell, co-founder and head of business development for Cold Bore, told Rigzone in an interview.

Cold Bore is one of the first to attempt using sonic telemetry for downhole communications in directional drilling. If successful, the company’s tool will be the first to be widely adopted for onshore commercial use.

“Comparing today’s technology with what Cold Bore is achieving is the equivalent of dial-up Internet from the 90s competing with the very latest ultra-high speed connections of today,” the company said in a statement.

Applied the same way that mud pulse or EM tools are on the bottom hole assembly, Cold Bore’s tool relays information to the surface by converting electrical energy to mechanical energy to send sonic signals up the drill string – turning the drill pipe into a big antenna, Chell said.

The company’s tool has enough bandwidth to allow data to be transmitted during drilling, rather than waiting to extract data when the tool is pulled. The technology is “pretty cutting edge stuff”, said Chell. Cold Bore’s bandwidth will allow more types of data to be relayed to the surface during drilling, unlike other technologies that force companies to pick and choose which data sets to send to the surface on altering surveys.

Cold Bore now has prototypes of its technology piggybacking on other tools in wells in Saskatchewan and Alberta and the Bakken play in the United States. Chell said they intend to run the prototypes for 20,000 hours before the technology to ensure its reliability before it’s deployed commercially. So far, the prototypes have run for 2,500 hours. The company is testing the prototypes to ensure they meet the oil and gas reliability standard of between 2,500 and 3,000 hours.

The company is still trying to determine what its ultimate bandwidth capacity will be, but Chell estimates it will be thousands of times faster. Based on initial tests, Cold Bore’s technology could transmit data at rates of up to 56,000 bits per second (bps) – in most cases, a 2,800 times faster increase in speed can be achieved – significantly higher than rates seen in other commercially available technologies.

Today, two common methods of telemetry, mud pulse and electromagnetic (EM), are used in directional drilling. In mud pulse telemetry, data downhole in logging while drilling and measuring while drilling is relayed to the surface using pressure pulses in the mud system. These measurements usually are converted into an amplitude or frequency-modulated pattern of mud pulses. Commands also can be transmitted from the surface.

Considered the workhorse of the oil patch, mud pulse is reliable and can reach significant depth, but is slow and, with low bandwidth, can’t transmit much data to the surface. The mud pulse method requires an operator to stop at intervals for between 30 seconds to two minutes to equalize pressure. Having to stop every 60 or 90 feet or slow slows the process down.

On average, mud pulse tools can transmit 5 to 8 bps of data, while EM can transmit 10 to 15 bps. EM, which has been around for a decade, sends data to the surface through electrical signals. EM can transmit twice the data, but can’t go as deep. EM, in which data is sent through an electrical signal, is sent through the ground rather than the mud in the drill string, and can get caught by water or other obstacles in formations. In certain wells, an operator will have to switch from EM to mud pulse after losing the signal, Chell said.

Wired drill pipe can offer high speed communication as well, but has many drawbacks which have prevented it from being commercially viable onshore. These drawbacks include high cost and lack of availability. Workers with specialized skills also are needed on site to run wired drill pipe. Reliability – which is critical for the oil and gas industry – also is an issue with regards to the integrity of the connection between the pipe and downhole.

“Basically, it is just too finicky and too expensive to be a viable solution to replace mud and EM systems onshore,” Chell commented.

One advantage of a sonic telemetry tool is that its ability to drill deep isn’t dependent on the formation. Cold Bore’s tool also has no moving parts, while mud pulse and EM do. Over time, the interaction of these tool parts with porous drilling mud wears these tools out.

“After we run the tool through thousands of hours, our tool should be a magnitude more reliable than other tools.”

The company’s technology can also be easily integrated with and enhance existing tools such as 3D imaging.

Cold Bore has used outside-the-box thinking to develop its highly disruptive downhole tool, using technical experts with an extensive background in communications – including work in developing semiconductors, optical and wireless products for commercialization, and applications used by the military.  These experts have created dozens of patents and have provided expertise in physics, acoustics, communications and control theory.

Chell believes that innovation has lagged in down communications due in part to the oil and gas industry’s reluctance to share information. The fact that the electronics in the tool were very expensive and not as available five years ago also delayed further innovation in the space.

Besides reliability, cost and speed are critical factors for the oil and gas industry in measuring downhole data.

The company will announce a fairly significant funding round, with investment coming from not just North America, but also the Middle East and Europe for use in both conventional and unconventional wells.