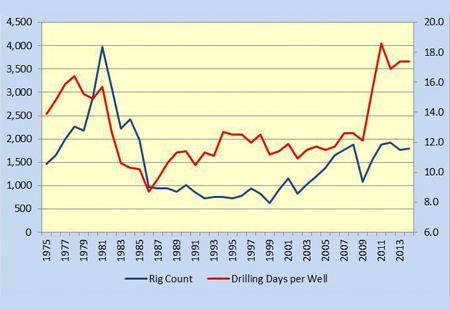 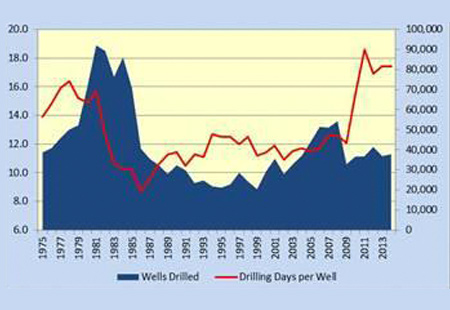 When we completed our review of the drilling data, we believe that part of the push for increased rig efficiency is producers’ understanding that unless they can improve the performance of their drilling operations, their ability to maximize shale profitability will be challenged, meaning that without drilling improvement, producers will need significantly higher commodity prices to establish profitability. The fastest way to boost oil and gas prices would be for producers to reduce shale output or to stop drilling. Unfortunately, taking either of those steps would hurt production and reserve growth of individual companies that would be detrimental to their share price and/or the financial support they are receiving from Wall Street and private equity investors.

At the drilling rig automation conference, the representative of the producer who commented that “the rig count no longer matters,” also stated emphatically that his company would be living within its budget in the future. This is the Age of Austerity for the oil and gas industry and it has emerged from the clash of rising finding and development costs, higher production costs, and the need for producers to generate a current return for their shareholders. We are probably at a critical juncture for the future of the domestic oil and gas business that may not be fully appreciated by everyone.