Producers have worked to improve the teamwork of drilling, completing and producing wells in order to maximize output for the least costly well. Some companies seem to do a better job in this regard than others. It seemed that the thrust of the discussion about this struggle for improved rig efficiency did not necessarily mean greater rig automation. In our search to better understand the rig efficiency issue, we decided to examine some historical statistics about drilling in the United States. 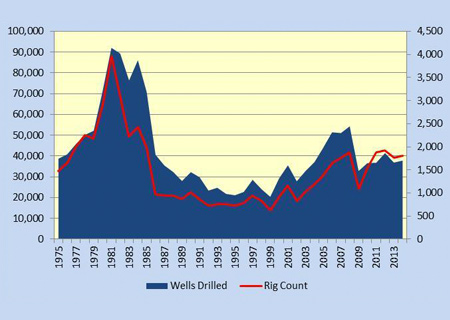 A more interesting chart (Exhibit 7) is one showing the average number of wells drilled per rig during 1975-2013. What the chart shows is that in recent years, as the industry has almost totally focused on drilling shale wells, the number of wells drilled per rig has declined to levels below those of the 1970s. Part of the explanation is that the nature of the wells being drilled has changed. Recent wells tend to be deeper and have longer lateral sections. 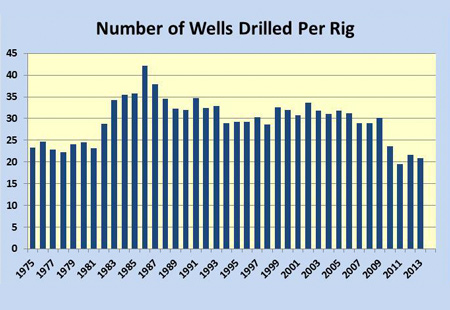