Houston, A Bright Spot In US Economy, Frets About Labor Shortage 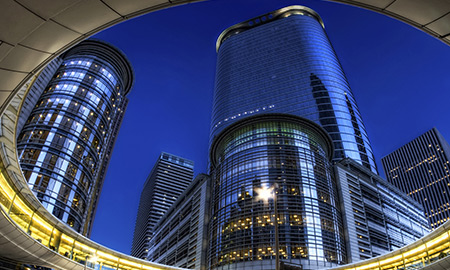 Houston is growing so fast that business leaders fear running out of skilled labor as billions are spent building new energy infrastructure on the Gulf Coast.

HOUSTON, June 23 (Reuters) - Bustling Houston, one of the bright spots in the U.S. economy, is growing so fast that business leaders fear running out of skilled labor as billions are spent building new energy infrastructure on the Gulf Coast.

The Greater Houston Partnership, the business chamber for the 10-county region, on Monday launched a training plan with companies, junior colleges, high schools and social service agencies to prepare people for thousands of new jobs being created for welders, pipefitters and plumbers.

"Houston has had this incredible growth rate but the lack of skilled workers could slow us down," said Patrick Jankowski of the Greater Houston Partnership.

Of the top 20 metro areas, Houston's pace of job growth in the 12-months through May was the second-fastest in the country at 3.3 percent, behind only Dallas at 3.7 percent, according to the U.S. Bureau of Labor Statistics.

Houston was the first major metro area to regain all the 153,000 jobs it lost in the Great Recession. Since January 2010, it has added 407,300 - more than double what it lost, Jankowski said.

The Houston economy grew 5.3 percent in 2012, trailing only San Francisco while outpacing the wider U.S. economy, according to the most recent data available from the Bureau of Economic Analysis.

Many of the jobs being added in metropolitan Houston, which includes the refinery belt around Galveston Bay and part of the Texas coast, are well-paying "middle-skill" positions at new plants designed to process surging output of oil and natural gas from the U.S. shale boom.

Ben  |  June 24, 2014
I think that if the government were to change H1-B visa restrictions and caps this labor shortage would disappear quickly. The supervisory requirement added a few years ago limits the ability to use the H1-B visa (legally). With a few small changes to the Visa requirements the more specialized people needed would be able to be brought in. This ultimately results in more jobs for Houstonians as employing these more specialized employees typically creates additional jobs for less specialized employees working below them.