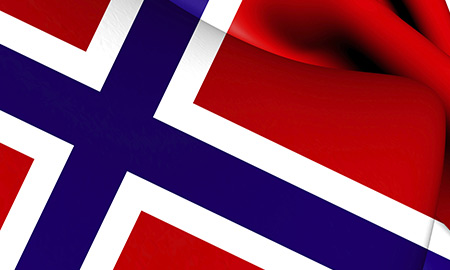 Norway's government will retain its current holding in oil and gas firm Statoil, changing its mind about a pre-election proposal to cut its stake to around 50%.

OSLO, June 20 (Reuters) – Norway's right wing government will retain its current holding in oil and gas firm Statoil , backing off a pre-election proposal to cut the stake to about 50 percent from the current two thirds of the shares.

The government led by the Conservative Prime Minister Erna Solberg has pledged to reduce the state's role in the economy to give the private sector more breathing space and shrink what it considers a bloated public sector.

The government owns about a third of shares listed on the Oslo stock exchange and said late on Thursday that it planed to cut its stakes in telecoms firm Telenor and industrial firm Kongsberg Gruppen.

"Statoil has a special place in Norwegian oil and gas policy and there's broad political agreement in Norway that the state should keep a majority stake," Trade Minister Monica Maeland told a news conference.

"The size of the majority stake has been debated from time to time, but we believe Statoil needs predictability, and therefore we've not asked for permission to cut our stake at this time," she added.

Before last year's election, Solberg told Reuters she wanted to cut the state's stake in Statoil.

Statoil is Norway's biggest company with stakes in most oil and gas licenses on the Norwegian continental shelf. Norway is the world's seventh-biggest oil exporter and the second-biggest supplier of natural gas to Europe after Russia.

The government said in a white paper published on Friday it also intended to keep stakes in bank DNB, fertilizers producer Yara and aluminium producer Norsk Hydro at the current levels.

The government – with a budget surplus exceeding 10 percent of GDP and a rainy day cash pile worth $880 billion – is under no pressure to raise money.

Even in case of shares in Telenor, the government was under no pressure to sell them in the short term, and any changes will depend on the market conditions, Maeland said.

The right to reduce ownership in Telenor and other companies would give the government greater flexibility to support any mergers or acquisitions, the trade minister added.

A 20 percent stake in Telenor, a global telecoms company with 172 million customers in Europe and Asia, is worth around $7.1 billion at current prices.

Analysts said the sale plans, by boosting supply of the shares, could push prices lower in the future.

But in the longer run, the company could be better positioned to make strategic decisions.

"In a market that is screaming for consolidation, Telenor has in theory more opportunities than ever before," said Espen Torgersen, an analyst at brokerage Carnegie.