Daniel Poneman, Deputy US Energy Secretary, To Step Down 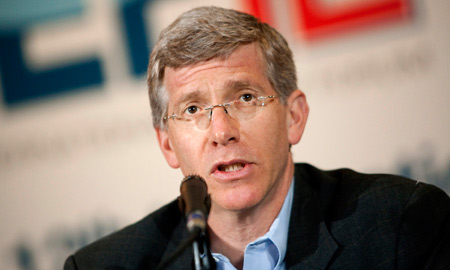 "Dan let me know he intends to step down this fall so that he and his family can move on to their next adventure," Moniz said in an email to agency staff.

Poneman, U.S. deputy secretary of energy since May 2009 and also chief operating officer, has been focused on nuclear safety and proliferation, among other issues.

He briefly served as acting secretary in 2013 before Moniz's confirmation.

"He's a 'people person,' and this quality has been a tremendous asset for the department, especially in developing partnerships internationally," Moniz said. "Dan is a great friend, colleague and public servant."

Moniz also praised a recent half-Ironman triathlon completed by his athletic deputy: "I'm sure that Dan will 'run through the tape' as he completes his marathon tenure."

Poneman was instrumental in the department's emergency response to crises including negotiations with Iran in 2009, Japan's Fukushima nuclear accident in 2011 and Hurricane Sandy, which pummeled the U.S. East Coast in 2012, Moniz added.