“Oil and gas employers can build strong relationships with apprentices and grow their talent from within,” it said. “They will not only develop their talent, but they will also retain this talent for a number of years.” 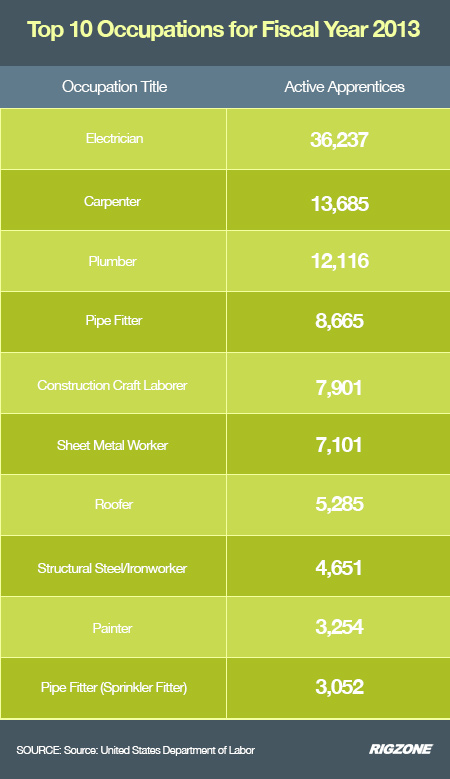 Are Other Regions Participating in Apprenticeship Programs?

OPITO, a UK-based oil and gas skills organization and in partnership with the Engineering Construction Industry Training Board (ECITB) celebrated its 15 year anniversary of its youth training programs last month. The program has graduated more than 1,400 people since the programs formation in 1999, according to its website.

The program, which is backed by more than 15 United Kingdom companies and is one of the biggest industry-led Modern Apprenticeship programs of its kind, offers a range of disciplines including process operations, electrical, instrument and control maintenance. Split into two phases, the program offers a 21-month full-time course at one of the industry-appointed colleges in Aberdeen, Forth Valley or Edinburgh, before embarking on a two-year worksite placement.