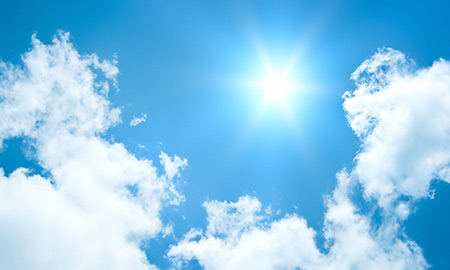 GlassPoint sees growing potential for its solar EOR technology following the success of a pilot project in Oman.

The unit exceeded all the targets set for its first year of operation – while experiencing all kinds of conditions at the site — including above contract energy output and availability, and achieving uptime of 99.8 percent. Zero injuries were also recorded in construction and operation. PDO’s technical director noted that GlassPoint’s technology was the most reliable piece of equipment at the field, John O’Donnell, vice president of business and operations for GlassPoint, told Rigzone in an interview.

The corrosive atmosphere and sandstorms in the Middle East present unique challenges for the oilfield environment. These challenges have previously made it difficult for solar energy to play a role in such an environment.

“Our goal is to make solar a reliable source in the oilfield,” said O’Donnell. “Because it’s indoors, all that’s exposed is aluminum and tempered glass that is reliable.”

GlassPoint was awarded the pilot project for Amal West in August 2011. The company is now substantially expanding its Oman operations, said O’Donnell. 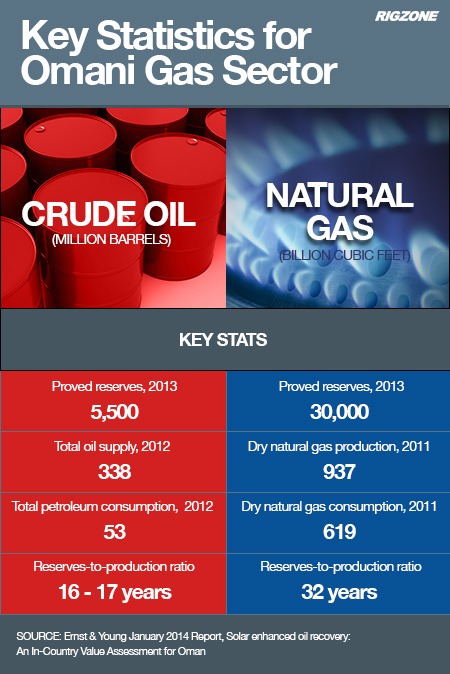 Earlier this year, the Oman government asked for an economic impact study of what solar EOR would do for the nation. That study, conducted by Ernst & Young for GlassPoint, forecasts that, between 2014 and 2023, solar EOR technology usage could add up to around $7.5 billion to Oman’s gross domestic product and create around 196,000 domestic jobs, including 41,600 jobs for Omani nationals. A significant portion of these benefits would become permanent as Oman develops a competitive advantage and subsequent export capacity around solar EOR, Ernst & Young noted.

At the same time, solar EOR would allow Oman to address its shortage of natural gas, which has started to negatively affect its economic growth. At the end of the deployment phase, approximately 331,796 million British thermal units per day (MMBtu/day) of gas could be saved, which could result in an additional 30,000 jobs being created, add up to $11 billion of additional oil revenue through more EOR output, and up to $722 million of additional gas exports/reduced net gas imports for Oman as solar EOR is rolled out over that time period.

From 1999 to 2009, Oman’s natural gas consumption rose rapidly due to rising industrial and domestic demand. Historically an oil and gas exporter, Oman’s imports of dry natural gas have grown sharply since 2008, reaching nearly 70 billion cubic feet a year in 2011. The natural gas shortage has strained Oman’s economic development, resulting in the delay or cancellation of up to $3.49 billion in petrochemical projects due to lack of guaranteed gas feedstock, according to Ernst & Young. At least 28 projects that have applied for 138,268 MMBtu/day in gas allocations has yet to be granted due to the gas shortage.

Using solar EOR instead of gas for thermal EOR also can reduce carbon dioxide (CO2), nitrogen oxide and sulfur dioxide emissions. Under the report’s full-scale scenario, CO2 emissions could be reduced by 13.0 million tons per annum through the use of solar EOR. While concentrating solar power (CSP) technology that uses wet cooling systems can consume large quantities of water, GlassPoint’s technology does not use a cooling system, meaning its development in Oman will cause this adverse environmental impact.

For Oman, solar EOR presents advantages in terms of short-term and long-term energy supply security. From 2008 to 2011, Oman imported nearly 200 billion cubic meters of gas to meet rising industrial and domestic demand at home, primarily through the Dolphin pipeline with Qatar. Finding ways to reduce gas use for oil recovery could also reduce the inherent risk in relying on Iran for significant gas imports, Ernst & Young said. In March, Oman signed a 25-year, $60 billion deal for gas imports from Iran, which the World Bank’s Worldwide Governance Indicator ranks as one of the most politically volatile countries worldwide.

PDO, which commissioned its first EOR project in 2004, said in April 2013 that it would increase the proportion of EOR in its portfolio from 3 percent of current oil production to 25 percent of total liquids production by 2020, Ernst & Young said.

As a result of its investment in EOR, nearly a quarter of Oman’s dry gas production is being used in EOR, said O’Donnell. The rapid rise of EOR has created more competition in Oman for gas, which is already in demand for desalination, steam generation for electric power, liquefied natural gas (LNG) exports and the petrochemical industry, O’Donnell noted. Due to the shortage of gas available for EOR, a large portion of Oman’s proved oil reserves of 5,500 million barrels are also not being exploited.

The country produced an average of 154 billion cubic feet a year of gas between 1990 and 1999. In 2000 and 2005, Oman inaugurated three LNG trains at two production facilities. Due to its increasing domestic demand and shortage of gas, Oman plans to end all of its LNG exports by 2024 to reserve its gas for domestic use.

Anticipating this conflict, Oman began investigating the potential of solar EOR in 2005. In 2009, PDO launched the tender process for the solar EOR pilot project that was eventually awarded to GlassPoint. Given Oman’s rising dependence on imported gas, the use of alternative EOR technologies could potentially save a large amount of gas, allowing it to be used in more valuable applications, Ernst & Young noted.

“Solar steam can replace 80 percent of the gas used in EOR, so we can make a major contribution at the national level,” said O’Donnell of Oman.

“Therefore, the use of solar EOR could reduce demand for natural gas required for EOR, which can be directed to other economic activities, such as power generation, water desalination, and as feedstock for energy for industrial processes.”

The gas shortage seen in Oman is also occurring in other Gulf Cooperation Council (GCC) countries, which have been injecting natural gas into oil fields to boost production from maturing fields. GCC is a political and economic union formed by Bahrain, Kuwait, Oman, Qatar, Saudi Arabia and the United Arab Emirates (UAE).

As a result, most of these countries are struggling to meet domestic gas demand. The volume of EOR production in GCC countries outside of Oman currently is miniscule, but EOR potential is estimated at 475 billion barrels of oil, suggesting that a large medium to long-term market exists throughout the region, Ernst & Young said, noting that, “This suggests there is a large market for solar EOR technology throughout the region.”

“Assuming solar EOR captures even 1 percent of this volume, this would represent a larger market than the entire EOR production in Oman at present,” Ernst & Young said.

GCC countries face high aerosols and soiling due to the desert environments that exist in many parts of the Middle East, O’Donnell noted. This is not an issue that affects thermal EOR specifically, but rather, it demonstrates the importance of GlassPoint’s specific, proprietary enclosed trough architecture, which protects the parabolic trough from these dusty environments by using a commercial glasshouse enclosure.

Neighboring Kuwait plans to bring online in stages 900,000 bopd, all through solar-powered EOR or EOR fueled by LNG, O’Donnell said. Nizar Al-Adsani, chairman and managing director for Kuwait Petroleum Corporation (KPC), told attendees at the IHS CERAWeek Conference earlier this year said the company was seeking to boost its production capacity from 3.3 million barrels per day (bpd) to 3.5 million bpd in 2015 and 4 million bpd by 2020. Al-Adsani noted that EOR has already allowed KPC to increase its output capacity, and new technologies have substantially reduced the water-cut percentage in oil recovery.

GlassPoint is investing in developing relationships in Kuwait, which the company believes will be the next big area for solar EOR deployment, following by Bahrain, UAE and Saudi Arabia. Except for Qatar, all these countries are facing a shortage of gas, which is critical for economic development, electric power generation, oil production and desalination. O’Donnell noted that several studies and pilots are underway in Kuwait for oilfield size projects, and that Kuwait is “aggressively studying” the use of solar energy in the electric and petrochemical sectors and in upstream.

The theme of energy independence that has grown in the United States since the shale boom is also a common one in the Middle East, with countries seeking a stable, long-term supply of steam for the oil industry, said O’Donnell, adding that the tide has shifted in Kuwait on interest in foreign investment, with calls for partnerships not just with foreign service companies but international oil companies in developing resources. Kuwait is home to some of the world’s largest steam projects, and the country is in need of expertise from people who have executed these projects at scale.

Chevron Corp. is heading up a full-field steam injection project under development for the Wafra field in the Partitioned Neutral Zone. The first phase of steam injection is expected to begin in 2017 and to produce up to 80,000 bpd, with subsequent phases boosting production to over 500,000 bpd, Ernst & Young reported. Chevron’s Brightsource technology, which is completely optimized for electric power generation, works well but is more expensive, said O’Donnell. GlassPoint also has solved some critical problems with deploying a solar field at the oil field.

EOR’s role in global oil supply has remained constant over the past two decades, but this is expected to change as oil wells mature, according to Ernst & Young. The global market value of EOR technologies grew from $54.9 billion in 2007 to $126 billion in 2011. EOR was critical in bolstering heavy oil production at Kern River, California and Duri, Indonesia. Steam injection allowed production at Kern River and Duri, which were discovered in 1899 and 1941, to reach the 2 billion barrel of oil production milestone.